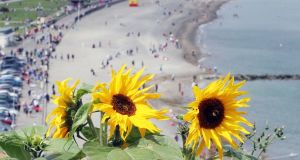 A decent spell of summer weather is on the way after a cool and showery start to August, following on from a forgettable July.

Warm and sunny conditions should be the norm into the middle of next week with the exception of Monday, when there could be heavy thunderstorms along the east coast. Temperatures over the coming days will reach the low- to mid-20s.

Friday saw highs of 23 degrees in Ireland just as many parts of Europe, including the southeast of England, experience a mini-heatwave.

Closer to home there will be highs of 23 degrees on Saturday, and it will be dry everywhere. Sunday will be more of the same, with the chance of an isolated odd shower.

Monday will be the warmest day of the spell, with highs of 25 degrees in the east of the country, though the models indicate heavy rain in the evening time.

It will be dry and sunny on Tuesday with more highs of 24 degrees, the warmest conditions in Leinster.

Wednesday and Thursday are also looking like dry days, according to the long-term forecast.

It will make a welcome change for “staycationers” who have to endure a typical Irish summer to date with many Covid-19 restrictions still in place and foreign travel severely restricted.

July was cool and wet nearly everywhere for the legions of staycationers. Aside from brief spells of good weather between July 9th and 11th, and July 19th and 21st, the month was characterised by typical Atlantic-dominated weather.

The summer that time forgot saw heavy falls of rain during the first 10 days of July, and more rain and cool conditions in between the brief hiatus of good days.

The July weather prompted the following tweet from Dublin Airport: “The station here just recorded the dullest July in 34 years, with a total of 104.2 hours sunshine. We’re no meteorologists, but we’re pretty sure the technical term for that sort of weather is cat. This was almost as good as it got last month.”