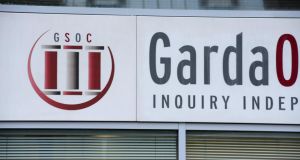 The Garda Ombudsman office at Abbey Street Upper in Dublin. ... the investigation into its alleged bugging was carried out by a private British firm. Time to develop our own capacity? Photograph: Cyril Byrne / The Irish Times

Angela Merkel’s old mobile phone is an icon of our time. A Nokia 6210 Slide – it was accessed and monitored by the US spy agency the National Security Agency.

The US monopoly over much of the world’s information and communication technologies gave the NSA – piggybacking on a complicit private sector – one-click instant access to her policy musings and personal whims.

The spooks have never had it this good. And what happened to Merkel has consequences for the Irish State.

Germany, like Ireland, is outside the “5 eyes” intelligence agreement between Australia, Canada, New Zealand, the UK and the US. These five generally do not spy on each other, but being outside this agreement means you are fair game.

Ireland is between three of the five, and relies overwhelmingly for its communications on fibre-optic cables easily accessed by these countries’ intelligence agencies.

Irish officials encrypt pitilessly little of their communications – it must be assumed that third-parties, including the NSA and Britain’s Government Communication Headquarters, dip in and out of the most sensitive Irish government policy discussions.

Occasionally the State presents information on a plate , for example, putting sensitive data about Irish citizens on genealogy websites. The 2010 Israeli duplication of Irish passports used in the assassination of a Hamas representative in Dubai was entirely predictable.

A UK security company, Verrimus, for example, was asked to investigate alleged bugging at the office of the Garda Síochána Ombudsman Commission.

Allowing former UK security personnel access to sensitive government information is a security risk. In negotiations over Ireland’s debt or historical inquiries in Northern Ireland, the government’s position will occasionally differ from close allies like the UK.

It cannot be assumed that British or other nationals will always act in the interest of their temporary paymaster. Patriotism has an enduring pull for men and women who have spent years in the military or intelligence services.

It is important that internal discussions about policy are kept secret to maximise Ireland’s advantage in its foreign relations. Other countries will also not share critical information on terrorist or other threats if they do not believe that Ireland can keep such reports secure.

Yet there is an opportunity for a far-reaching reform of the State’s security infrastructure that would circumvent this problem. The policing and intelligence burden on the Garda is too heavy and creates an overly powerful institution.

Both the Garda and the Defence Forces have struggled to keep up with the burden of keeping sensitive communications and information safe – police and military leaders are distracted by other priorities and the division of labour is unclear. The Garda should be allowed to focus on its policing role.

The State should establish, recruit and train a small, specialised intelligence service, drawn partly from existing personnel and assets , under the direct supervision of the Minister of Justice. It would focus on counter-terrorism and counter-intelligence. Part of its core responsibilities would be to make government communications more secure.

It is time to build a dedicated intelligence service with a sophisticated range of technological, language and cultural skills. The State is not exempt from terrorist threats, domestic and foreign. Nor is it safe from its friends. It is time to stop pretending otherwise.

Edward Burke is an associate fellow at the Foundation for International Relations and Foreign Dialogue, a think tank headquartered in Madrid and Brussels.. From 2010 to 2011 he was deputy head of the International Police Co-ordination Board in Kabul