Staff in An Post, Eircom to seek 6 per cent pay rise 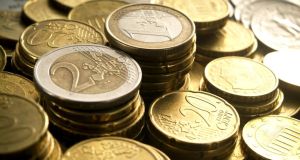 The Communications Workers’ Union (CWU) is to seek a 6 per cent across-the-board pay increase for its members.

Staff at An Post and Eircom are to seek pay rises of 6 per cent, one of the largest percentage increases to be sought in the current series of claims being lodged by trade unions following several years of pay freezes and cuts for many workers.

Details of the 6 per cent pay claim emerged yesterday at the delegate conference of the Communications Workers’ Union (CWU) which represents 8,500 members in An Post and 3,500 in eircom.

A spokesman for the CWU said that staff in eircom had had an effective 10 per cent pay cut through the introduction of 9- day fortnight while employees in An Post had had a pay freeze.

The union said that it had recently secured increases for staff in in a number of companies in the telecom sector including Vodaphone, UPS and Phonewatch. It said that these rises had been in the region of 3-4 per cent.

Speaking at the CWU conference in Killarney, its president, Cormac O’Dalaigh said his members would not accept tax cuts as a substitute for pay rises.

He said the CWU was targeting “across-the-board” pay rises of 6 per cent for workers in the postal courier, telecom, call centre and e-communications sectors.

Ordinary workers who had not received wage increases “since the banker and corporate greed-led financial implosion of 2008 would not be fooled by moves dictated by right-wing orthodoxy that invariably favours the wealthy”, he added.

“The message from this conference could not be clearer - Ireland needs a pay rise. Increasing the wages of ordinary workers will see them spend that money on essentials which will directly increase employment and the tax take in Ireland. We as a society have suffered enough for the disastrous mistakes of others, who in many cases insulated themselves from any pain. The losses of jobs, pay, pensions, homes, family members and public services will not be tolerated any longer.

“It is nonsense,” he continued, “to state that pay rises in Ireland will make the country uncompetitive. The highest pay rates normally apply to those areas of the economy which are the most competitive, such as information and communications technology, pharmaceuticals etc.

“Giving retail or service workers who generally work in the domestic market a pay rise will not affect competitiveness unless we all start leaving the country to go for a haircut.”

Mr O’Dalaigh said CWU members had taken many hits over the last six years, including the introduction of household charges and the universal social charge. He said members were also working more anti-social hours and faced reductions in pensions, pay and conditions.

He said: “The CWU has a deserved reputation for strength of purpose and solidarity in difficult circumstances, and we won’t be found wanting when we need to demonstrate our industrial capabilities both inside and outside of work in order to achieve a fair wage.”

Separately in a speech to the conference the general secretary of the Irish Congress of Trade Unions David Begg again urged reform of the union movement.

He said that having 48 unions to represent 800,000 people was “ not compatible with the objective of changing the world”.

“The truth I have come to realise is that the way our movement is structured is sub optimal. It is too fragmented, too under-resourced, too prone to internal disputation, too reform resistant and too anchored in inertia to grapple effectively with the challenges confronting us.”