Dispute centres over plans to outsource catering and household services 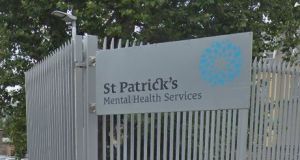 Staff at the catering and household departments at St Patrick’s Mental Health Services in Dublin are to go on strike on Friday, February 14th in a dispute over outsourcing.

The trade union Siptu said its members would operate pickets at the entrances to the hospital in Dublin from 7am on February 14th “and carry out no further duties until management agrees to engage with their trade union representatives in order to achieve an agreed solution”.

The personnel concerned staged a lunchtime protest at the hospital on James’s Street on Friday.

Siptu organiser Aideen Carberry said: “The decision to conduct strike action by our members is in response to their employer’s decision to outsource the household and catering services of the organisation to other companies without consultation or agreement. Our members, in the household and catering departments, voted unanimously earlier this week for strike action. “

“Our members have attempted to engage the employer in a conversation about alternatives to outsourcing which the employer has not considered. They regret that their strike action has become necessary. However, they are resolute in having the employer address their concerns.”

St Patrick’s Mental Health Services said the decision to outsource household and catering services had been taken by its Board of Governors and management in June 2019, following a lengthy and thorough due diligence process.

It said the move was aimed at supporting its strategic objective “to focus on core clinical services and to ensure that St Patrick’s Mental Health Services can continue to provide a leading mental health service”.

“The decision does not represent a reflection on the dedication and effort of staff, whose loyalty and excellent service is acknowledged and appreciated. “

St Patrick’s Mental Health Services said that as part of the transfer process, and as required by transfer of undertakings (TUPE) regulations, it had confirmed with the providers of the services that transferring staff would retain identical terms and conditions of employment under their new contracts.