Something for the bank holiday weekend

A selection of events from around the country 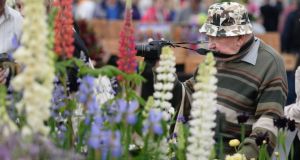 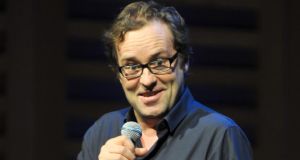 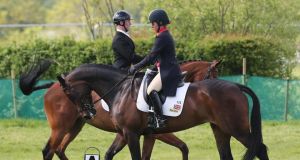 Bloom, the horticulture and food festival, is open all weekend (including Monday) from 9am to 6pm in the Phoenix Park. Among the attractions are the Show Gardens, which are designed by some of Ireland’s best garden designers. There are also the surroundings of the Victorian Walled Kitchen Garden, as well as the Sculpture Garden, which acts as an outdoor gallery to promote art. Tickets are €20 per day or €35 for a two-day pass. Children go free. http://bloominthepark.com/.

Down with Jazz presents Irish jazz in the form of guitarist Louis Stewart with his quintet, as well as Hugh Buckley’s Isotope. The 17-piece Dublin City Jazz Orchestra and Joe O’Callaghan’s jazz-fusion trio Electric Freeplay also feature. Gates at the Meeting House Square in Temple Bar are open from 7pm on Saturday and Sunday. Tickets €15 or €20 for weekend pass. downwithjazz.ie Dublin Port River Festival takes place at North Wall Quay all weekend and will see the arrival of 10 tall ships and schooners. There will also be amusements, tug boat dancing, and kayaking. The festival is pirate themed and there will be prizes for the best fancy dress costumes. Entry is free. dublinriverfest.com

How Irish People Changed the World is a two-hour walking tour that covers over 400 years of history, celebrating Irish ideas that changed the world, plus some hidden Dublin stories, including a second World War air raid shelter. The tour leaves the Science Gallery at Trinity College Dublin at 11.30am. Tickets €15. dublin.sciencegallery.com Listowel Writers Week features an 11am walk around the River Feale on Saturday with songs and stories. Current Middle East correspondent for the Independent Patrick Cockburn will give a lecture at 12pm in the Arms Hotel, while there is theatre in the form of My Name is Saoirse at 8.30pm at St John’s Theatre & Art Centre. Both cost €15. writersweek.ie

Tattersalls International Horse Trials & Country Fair takes place opposite Fairyhouse Racecourse in Co Meath. Running until Sunday, the equestrian and country fair event will also host Ireland’s biggest picnic area which will be situated in the middle of the Tattersall’s estate near the villages of Ratoath and Dunboyne. Tickets are €17 for Saturday when the competitors take on the cross-country course (head for the water jump) and €15 on Sunday when the showjumping phase takes place. tattshorsetrials.ie/

The Irish Bloggers’ Conference at the Radisson Hotel, Golden Lane, Dublin on Saturday is for bloggers and social media users to network and pick up tips, tricks and advice. Running from 12-5pm, inspirational speakers, industry professionals, Irish bloggers and social media personalities will share their knowledge and experience. Tickets €40. showyourblog.com/irish-bloggers-conference-2015

The Rory Gallagher International Tribute Festival, which celebrates the music and life of the late guitarist, takes place in Ballyshannon, Co Donegal on Saturday and Sunday. Band of Friends and Wilko Johnson Band will feature at the Big Top on Sunday night. Tickets €25. rorygallagherfestival.com

The Sky Cat Laughs Comedy Festival, taking place in Kilkenny City all weekend, features a host of stand-up gigs. On Saturday, Ardal O’Hanlon, Deirdre O’Kane, Jon Richardson, Foil, Arms & Hog, and Karl Spain are all on stage at Hotel Kilkenny – Skyline at 8pm. Elsewhere, Neil Delamare is in the Kilkenny Ormonde Hotel at 6pm, and Jason Byrne is in Langton’s Ballroom at 8.30pm. Both gigs are €28. thecatlaughs.com