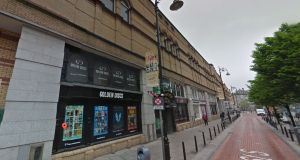 Golden Discs is going through something of a purple patch in the run up to Christmas as it starts the roll-out of concession stores in 80 Tesco outlets, weeks after opening flagship stores in the Dundrum Town Centre and on Dublin’s Henry Street.

While growing numbers of music fans have been swapping the physical form for streaming content from services such as Spotify and Apple Music in recent years, the old-school record shop appears to be holding its own.

Golden Discs at Tesco concessions will operate as standalone units within the stores, selling DVDs, music and games, and the three-year partnership will make the brand the Republic’s largest home-entertainment retailer.

Established in 1962, it currently has 14 stores and employs over 150 people. The partnership with Tesco was described by its chief executive Stephen Fitzgerald as “an exciting new chapter”.

He said the combination of the retailer’s “product knowledge and specialist credentials” with the geographical reach and scale of Tesco “will both enhance the customer experience and grow the business”.

While many people might assume music sold in a physical form is on the way out, sales are holding up - with as much as 75 per cent of the sales of albums featuring in the Irish top 10 in recent months consisting of CDs.

Vinyl is also experiencing something of a resurgence as music fans seek to get their hands on something more tangible than a playlist.