Seán Lemass: from IRA leader to the taoiseach credited with being the architect of modern Ireland 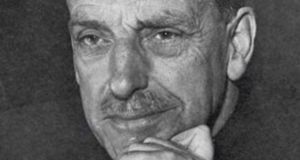 He grew up on Capel Street, in Dublin’s north inner city, and fought in the 1916 Rising as a part-time volunteer and in the subsequent War of Independence. In the Civil War that followed Independence, Lemass sided with the minority anti-Treaty side, and was “second in command” of the 180-strong IRA force that seized the Four Courts, of which the occupation, from April to June 1922, played a major role in sparking the Civil War.

A stand-off ensued between the anti-treaty forces and the army of the provisional government under the command of Michael Collins. Collins brought matters to a head in late June by bombarding the building. Lemass managed to escape but was arrested later.

After the end of the Civil War the following year, Lemass’s brother Noel, who was also in the anti-Treaty IRA, was kidnapped and murdered by pro-Tready forces even though formal hostilities had ended. Seán Lemass was freed on compassionate grounds and, in November 1924, was elected a TD for Sinn Féin in Dublin South City.

But Sinn Féin TDs refused to take their seats in the Dáil or recognise the Irish Free State, as Ireland was then known, and in 1926 the party split ,with the leader, Éamon de Valera, and others including Lemass leaving and forming a new party, Fianna Fáil. In 1932, the new party was swept to power and remained in office for 16 years.

Lemass was made minister for industry and commerce and, during the second World War, or the Emergency as it was termed in the Free State, minister for supplies. Some historians see the policies pursued by Lemass during this period of his career as protectionist and geared towards national self-reliance at the expense of foreign trade.

In 1958, after a period in opposition and coalition governments (then called inter-party governments), Lemass became tánaiste and minister for industry and commerce and presided over an economic policy known as First Programme for Economic Development. This formed the basis for the First Programme for Economic Expansion, which became government policy when Lemass became taoiseach in 1959. The policy was the brainchild of Dr TK Whitaker, secretary at the Department of Finance.

The policy was anti-protectionist, looking to international trade and foreign inward investment as the driver of economic growth, supported by State incentives.

Together, Lemass and Whitaker are credited with being the architects of modern Ireland, stimulating economic growth and a more outward-looking foreign policy, especially with regard to the then European Economic Community and also a normalising of relations with Northern Ireland unionists through a historic meeting in Belfast with the Northern prime minister, Terence O’Neill, in January 1965.

In 1966, Lemass retired from office, telling the Dáil succinctly: “I have resigned” but he remained a TD until 1969.

He lived quietly in Dublin, with his wife, Kathleen. In 1951, a daughter, Maureen, married Charles Haughey, whom she met in UCD. Haughey became a successor to Lemass as taoiseach and leader of Fianna Fáil.