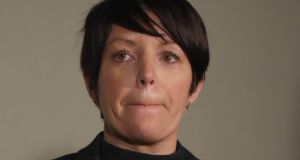 There was a heavy and subdued atmosphere in the crowded function room of the Lake of Shadows Hotel in Buncrana as the jury verdicts of the inquest into the five tragic drownings were read out late on Thursday evening.

Most of the two long distressing days of hearings were taken up with the inquest into 49-year-old Seán McGrotty’s death where the verdict was death by drowning caused by misadventure.

But the evidence in his case also related to the deaths of his two sons Mark (12), and Evan (8), his mother-in-law Ruth Daniels (59) and Ruth’s daughter Jodie Lee Daniels (14), all of them from Derry city.

As the jury foreman read out the verdicts, there was a heart-rending sense of devastation and loss in the room, a mood only deepened by the tears of family members as each verdict of death by drowning and misadventure was delivered.

The jury members offered their sympathy to all the bereaved and described the disaster as a “heartbreaking tragedy”.

The coroner, Dr Denis McCauley, who was scrupulous in ensuring the hearings were heard in a sensitive and proper atmosphere, struggled to find the words to reflect that heartbreak.

He said people could sympathise and empathise with all the victims and those who suffered such loss but they could never imagine how the bereaved feel.

Dr McCauley praised the emergency services and said their response time in arriving at the scene at Buncrana pier was “incredible”.

His words were echoed by Garda Insp David Murphy who said first-responders and the emergency services, when “confronted with unspeakable tragedy”, acted with “commitment, compassion and sensitivity”.

Insp Murphy also praised Davitt Walsh who risked his life by swimming out to the sinking car to save Seán McGrotty and his partner Louise James’s remaining child, four-month-old daughter Rioghnach-Ann. Seán McGrotty said to him either “save the baby” or “save our baby” before sitting back into the car to die with the other members of his family.

Insp Murphy said Mr Walsh acted with “selfless bravery” and was an “ordinary man who did an extraordinary thing”.

Dr McCauley in asking the jury to rule on the first inquest, that of Mr McGrotty, said it must consider whether there was any risk in his driving down the slipway at Buncrana on a calm “beautiful” evening on Sunday, March 20th, last year.

The jury heard the car may have slid on “treacherous” algae close to the foot of the slipway, and then slipped into the water of Lough Swilly when it drifted some 20-25m before sinking into the waters of the lough.

On Wednesday, the inquest also heard Mr McGrotty was three times over the drink-driving limit at the time of the accident.

His partner Louise James had to deal with that finding. Which she did with courage and dignity when standing beside her solicitor Robert Anderson who read out a statement on her behalf after the inquest.

“Finally regarding Seán,” her statement concluded, “notwithstanding the evidence that has emerged I wish to add that he was a wonderful partner to me, and an adoring father to his children who lived for them. And it is clear from what this inquest has heard that in fact he died as he lived in that he could have saved himself but choose not to.”

She also said her “heart was shattered” and “every moment of every day is filled with thoughts of my beautiful boys, Mark and Evan, my mother Ruth, my sister Jodie Lee and my partner Seán”

“The one ray of sunshine in my life is my beautiful daughter Rioghnach who survived this horrible tragedy and for that I must once again thank Davitt and all those others who helped to save her on that day.”