Concerns about transmission of DNA data to other countries 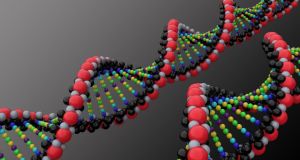 DNA can disclose complex information about a person’s family relationships, ethnic group and medical conditions, and continuous advances in science make it impossible to determine the full capabilities of DNA information.

The idea for a national DNA database has been circulating for a decade. Michael McDowell, then minister for justice, proposed it in 2003. The Law Reform Commission called for it in 2005. Gardaí, the Director of Public Prosecutions and victim support groups, which see it as a vital tool in fighting crime, are long-time advocates. The proposal came closest to fruition three years ago, when the Fianna Fáil-Green Party government published a Bill on the topic – but with that coalition consumed by the economic collapse and itself rapidly disintegrating, the legislation fell by the wayside.

New safeguards
The Bill published yesterday by Minister for Justice Alan Shatter is a substantial reworking of the 2010 Bill. It takes account of what Shatter acknowledged were “genuine concerns” about the previous version, introducing new safeguards on the destruction of samples, the deletion of DNA profiles from the database and the methods by which gardaí will take samples. DNA databases involve striking a delicate balance between their undoubted advantages to the criminal justice system and, on the other hand, the privacy rights of the individual. DNA can disclose complex information about a person’s family relationships, ethnic group and medical conditions, and continuous advances in science make it impossible to determine the full capabilities of DNA information.

The human rights benchmark on DNA databases are clearly set down in the case of S and Marper v United Kingdom, decided in 2009 by the European Court of Human Rights. In that case, in which the court found that the UK’s database was in breach of article 8 (right to private life) of the convention, the crux was whether the retention of DNA of people who were suspected but had not been convicted of a crime was justified. The court held that the indefinite retention of the applicants’ DNA did not strike a fair balance between the “competing public and private interest”. It found that indefinite retention of DNA was not justifiable under article 8 and struck down the “blanket and indiscriminate nature of the power of retention in England and Wales” as a disproportionate interference with the applicants’ right to private life.

In the new Bill, the default position shifts towards the destruction of samples and profiles of people who are not convicted. Although the authorities will be empowered to take DNA samples from most categories of suspects in connection with serious offences, the bias will be towards the prompt destruction of samples where an individual is not convicted. The Garda Commissioner will have the power to authorise retention for 12 months (which will be renewable) but he will have to meet a statutory test to do so and his decision will be appealable. The same goes for profiles generated from the DNA samples of suspects who are not convicted, although for profiles the retention period that can be granted by the commissioner will be six years for adults and three years for children.

Substantial concerns
These changes take account of some of the substantial concerns raised by the Irish Human Rights Commission in 2010. In its response, the Irish Council for Civil Liberties acknowledged Shatter had “gone to some lengths” to take on board the criticism of the previous legislation.

Some questions have not gone away, however. Chief among these is how extensively DNA profiles will be shared with other countries, and how much control the State will retain over this highly sensitive information if it is accessible outside the State. The new Bill formally implements the DNA aspects of the Prüm EU convention, named after the German town in which it was signed in 2005, which provides for co-operation between states in relation to automated searching of DNA data and the exchange of such data between police forces.

The director of the Irish Council for Civil Liberties, Mark Kelly, in his initial response yesterday, said the organisation had reservations about the extent to which DNA samples or profiles may be transmitted to other states.