Greystones, Maynooth and Cobh may be affected by Residential Tenancies Board figures 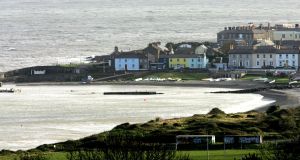 Wicklow Fianna Fáil TD Pat Casey said Greystones in Co Wicklow was an “anomaly” in that the lowest rent for a two-bedroom home in the town was €1,500 per month to rent, and it was left out of the designation for rent control. Photograph: Cyril Byrne

Maynooth, Co Kildare; and Cobh, Co Cork may be set to join the State’s growing list of Rental Pressure Zones where rent increases are capped by law.

Minister for Housing Simon Coveney will launch the latest statistical report from the Residential Tenancies Board on Wednesday , which will then be used by the Housing Finance Agency to “crunch the numbers” and see what – if any – areas should see rent caps introduced.

Twelve areas were selected for designation as “rent pressure zones” in January, joining Dublin and Cork city as places where increases in residential rents were capped at 4 per cent.

According to criteria set down by the Residential Tenancies Board, local electoral areas can be designated rent pressure zones if they have a higher average rental price than the national average and have seen increases above 7 per cent over four of the last six quarters.

However, following January’s announcements, a number of politicians and others expressed surprise that while Cork city was included, Cobh was not. In addition Wicklow Fianna Fáil TD Pat Casey said Greystones was an “anomaly” in that the lowest rent for a two-bedroom home in the town was €1,500 per month to rent, and it was left out of the designation for rent control. He said Maynooth was another commuter town which was subject to intense rental pressure but had not met the criteria for designation as rent pressure zones.

Fine Gael TD Fergus O’Dowd said the criteria were flawed as they did not refer to housing assistance payments. He said Drogheda, Dundalk and Ardee in Co Louth were areas where the highest levels of housing assistance payments were made, but he said the money was just “going to landlords” because the areas were not designated as rent pressure zones which would have limited rent increases to 4 per cent.

However, Mr Coveney has said the reason Greystones, Maynooth or Cobh were not included was because they had not met the criteria for rent control. He said: “There are essentially two qualifying criteria: rent has to be increasing by at least 7 per cent a year for four of the last six quarters; and it has to be higher than the national average.”

A spokesman for the Department of Housing and Planning said the statistics being announced by the Residential Tenancies Board on Wednesday would decide “what areas – if any – are added to the list once the numbers are crunched”.

The Residential Tenancies Board will launch the Expanded RTB Rent Index Report Quarter 4, 2016 on Wednesday morning. The spokesman said the content of the report had been extended to take account of the additional information required to cater for the new Rent Pressure Zone system, introduced in December 2016.