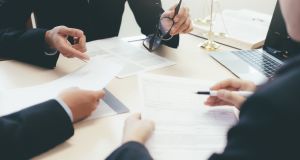 The review says that in recent years public service pay has been prioritised over other forms of current expenditure.

The number of staff in the public service could rise by nearly 25 per cent to over 410,000 and the Exchequer’s wage bill could grow to €24 billion per year under various Government employment models and projections.

A Department of Public Expenditure spending review published on Tuesday says there is a strong correlation between overall population growth and public service numbers.

It says a one per cent increase in the age cohort between 15 and 65 years old, “will place an additional 3 percent increase on public service numbers over the long run”.

Under another model based on overall population growth of about 10 per cent, increases in the over 65 age group of 33 per cent and a decline of four per cent in the numbers aged under 14 and without any policy changes to reduce employment levels, suggests public service numbers could exceed 410,000 by the end of 2025. The review says this would represent a 24 per cent increase on 2018 figures.

Another model in the spending review paper suggests that the Exchequer pay bill could grow by about eight per cent per annum, increasing to €24billion by 2022.

The spending review says since 2014, and the end of the public service recruitment moratorium, the number of public servants employed has grown by 43,755, bringing the total to 335,000 full-time equivalents.

The Government’s pay bill will be about €18.7 billion this year.

The review says that in recent years public service pay has been prioritised over other forms of current expenditure.