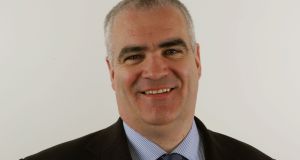 Noel Whelan: “He was a master of the telling phrase, an outstanding communicator.” Photograph: David Sleator

Tributes have been paid to the “great Irish patriot” and man of “great intellect” Noel Whelan who has died aged 50.

Mr Whelan died on Wednesday evening after a short illness.

Described by many as a key supporter during the same sex marriage referendum, Mr Whelan was a leading figure in the 2015 campaign. He was an Irish Times columnist, author, former Fianna Fáil advisor and became a senior counsel in 2018.

President Michael D Higgins recalled Mr Whelan as “a driving force in some of the most important political campaigns of recent times” who was “propelled by his social justice values”.

“Ever mindful, and proud, of his roots in Wexford, Noel Whelan founded the successful Kennedy Summer School, which continues to make a lasting contribution to our collective understanding of Irish-American history and relations,” said Mr Higgins. “As President of Ireland, may I express my deepest condolences to his with Sinéad, his son Séamus, his wider family and friends, and all those who will miss him and his contributions to public life dearly.”

“We come from different party backgrounds but I feel this morning like Ireland has lost a friend,” tweeted the Taoiseach. “Such a sharp intellect. So articulate and effective on marriage equality.”

Minister for Health Simon Harris remembered Mr Whelan for the “intelligence, fairness and clear thinking” he brought to any debate. “He championed social change and played key role in preparing Ireland to repeal the 8th and introduce marriage equality,” tweeted the minister. “Noel Whelan changed Ireland for the better.”

Irish Times editor Paul O’Neill recalled how Mr Whelan had written fondly of his fascination with politics being rooted in his childhood in Co Wexford where his father Seamus was a Fianna Fáil councillor.

“That gave him an early understanding of and respect for politicians,” said O’Neill. “Combining this with acute analytical skills and an insatiable appetite for detail, he was a formidable observer, commentator and a hugely valued columnist with The Irish Times. On behalf of his many friends and colleagues in The Irish Times, I extend my sympathy to Sinead, Seamus and his family.”

Mr Whelan was a man “with a sharp intellect” who was born into a Fianna Fáil family and was “steeped in local, national and international politics from a very young age”, said Fianna Fáil leader Micheál Martin.

He was “never afraid of tackling controversial issues or criticising positions of any political party”, had a wide circle of friends from across the political divide and was very well respected and admired, said Mr Martin.

Micheál P O’Higgins, chairman of the Council of the Bar of Ireland, described Mr Whelan as a “highly respected and popular member” who was widely known for his generosity among colleagues, clients and his many friends.

Mr O’Higgins, who had known Mr Whelan since his college days, said it was clear from early on that he had “star quality and was a gifted communicator”.

“Noel sometimes came across as a shy person, but in conversation his warmth and humour, and sense of mischief, would shine through,” he said. “Never one to hurl from the ditch, Noel never shied away from standing up for what he thought was right - in the courtroom, in the political trenches or when campaigning for social change. Ireland is the better for that today, in so many ways.”

Labour Senator Aodhán Ó Ríordáin expressed his sympathy to Mr Whelan’s family and colleagues on Twitter, describing his “a huge contribution to Irish life”. “Will greatly miss his insights & always remember his role in #marref.”

Fine Gael Senator Catherine Noone remembered Mr Whelan as “a lovely man with a great intellect”. “Too young to leave this world,” she tweeted. “May he rest in peace.”

Orla O’Connor, director of the National Women’s Council, described Mr Whelan as a “brilliant intellect and strategist and a great friend to all of us who campaigned for abortion and marriage equality” while activist Ailbhe Smyth said he was “a tower of strength” during both the 2015 and 2018 referendums.

The National Women’s Council tweeted that it would “be missing a brilliant thinker and supporter of NWCI” while the Together for Yes Twitter account remembered Mr Whelan as “a key supporter” of the Together4Yes movement.

Panti Bliss tweeted that Mr Whelan had played a “huge and invaluable role” in making his marriage, which took place this week, possible. “I’ll be forever grateful to him for that.”

Independent TD and former attorney general Michael McDowell said: “Noel Whelan’s death is a real and irreplaceable loss to Irish public life. Noel’s qualities as a man of public affairs, an advocate, an author, a commentator and a public thinker, which are well known are only out-shadowed by his personal kindness and decency, and above all by his pride in and love for Sinéad and Séamus and his wider family.

“He cared deeply for real republican values. His instincts were always patriotic and caring. His judgment was sound and measured. Noel was not just a thinker; he was the practical engine house and strategist of cross-party civic society movements to save the Seanad, to achieve equality for gay and lesbian fellow-citizens and to repeal the 8th amendment. His published commentary on public affairs was always wise and fair.

“His achievements were all based on his talents rather than privilege. His sadly short life was one of achievement which few others could match in a much longer lifetime.”

The Honourable Society of Kings Inn tweeted that Mr Whelan was “an alumnus and close friend” of the society whose “legal and political career is admired by many and will be remembered in years to come”.

Minister for Health Simon Harris said Mr Whelan changed Ireland for the better. “He brought intelligence, fairness and clear thinking to any debate.”

Minister for Housing Eoghan Murphy tweeted that he was “such a lovely guy. Big loss to public debate and political & social activism” while Minister for Social Protection Regina Doherty said that “aside from his obvious talents, Noel was a thorough gent - such sad news.”

Lord Mayor of Dublin Paul McAuliffe said Mr Whelan “believed in a strong and active democracy and was no commentator on the sideline. He fought for it, he participated in it and importantly he imparted his knowledge of it to others.”

Former minister for justice Frances Fitzgerald said he was “an extraordinary man, a wonderful writer and barrister who refused to allow groupthink obstruct his pursuit of truth and justice, which he always believed in. Ireland has lost a thoughtful courageous independent mind.”

Amnesty International executive director Colm O’Gorman recalled how his own father and and Noel Whelan’s father had both been Fianna Fáil councillors in the New Ross area of Wexford.

“In 1998 Noel was junior counsel on the case I took against the diocese of Ferns and the Vatican. One of his great strengths was his focus on what’s right as opposed to who’s right.”

The various groups in the Marriage Equality Campaign would meet weekly in the lead-up to the 2015 referendum where Mr Whelan always presented a “sound, principled, focused critique” which was “really, really valuable.”

He said a memory of “how much it really mattered to him is a photographs of himself and Sinéad at the RDS during the count and the expression of joy and surprise oin his face. His contribution was enormous.”

Equality campaigner Tiernan Brady commented: “What a packed life well spent - most importantly as husband,& dad, but his brain & booming voice was felt in so many areas of Irish life.”

Feminist and long time equality activist Ailbhe Smyth tweeted “he was a tower of strength & wisdom during not only Marriage Equality Ref, but also so generously in Repeal campaign.”

Seamus Dooley, Irish secretary of the National Union of Journalist, tweeted “devastated to learn of death of Noel Whelan. A colleague on the YesEquality campaign we shared many moments, agreed a lot and argued often.

Former Government spokesman Feargal Purcell said: “Noel was a kind, intelligent and decent man whose contribution to the national narrative was immense.”

Former Government advisor and and columnist Gerard Howlin tweeted “Many will live longer than Noel Whelan but few will do more with the time given to them.”

Former Government advisor and columnist Fergus Finlay tweeted that Noel Whelan was “a great writer and analyst, a wonderful strategist , a leader in powerful campaigns, and agood man who travelled a loing way in his life.

Jim O’Callaghan SC tweeted “terrible to hear the sad news.” He was “a very shrewd political commentator and activist” and “a wonderful friend to so many people.”

Shaykh Dr Umar Al-Qadrisaid “he was a wonderful person...#Ireland lost a great citizen”

Fine Gael Councillor Barry Ward wrote that he was devastated to learn of his friend’s death. “Noel was a constant source of advice and encouragement who has left us too suddenly and too young,” he wrote.

UCD’s chair of politics Prof David Farrell described Mr Whelan as “a superb psephologist, an incisive political analyst, a highly supportive colleague, and one of the nicest of people to have met”.

In the first tweet on his account, Justin McAleese, gay rights campaigner and son of former president Mary McAleese, described Mr Whelan as “a great Irish patriot” who represented “the very best of Ireland”.

“His leadership, determination and passion played an immeasurable role in the success of the 2015 marriage equality referendum,” wrote Mr McAleese. “His death is a loss to us all”.

Mr Whelan’s body will be removed on Saturday morning to the Church of the Holy Name, Beechwood Avenue, Ranelagh arriving for funeral mass at noon. He will be buried at Ballycullane Cemetery, New Ross, Co Wexford at 5pm.