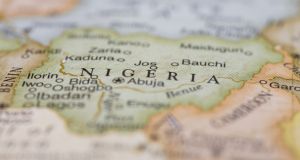 The Central Statistics Office (CSO) has said its figures on remittances from Ireland to Nigeria, which are significantly lower than those cited on Tuesday by Galway West TD Noel Grealish, are produced in line with best international practice. Image: iStock.

The Central Statistics Office (CSO) has said its figures on remittances from Ireland to Nigeria, which are significantly lower than those cited on Tuesday by Galway West TD Noel Grealish, are produced in line with best international practice.

Mr Grealish told the Dáil that a total of €3.54 billion had been sent from Ireland to Nigeria in remittances in the last eight years. However, CSO data shows remittances of around €17 million a year for the period 2010-2017.

In a statement released on Wednesday, the CSO said that while remittance information is “difficult to compile”, its figures are based on Revenue data on pay of non-national workers to estimate disposable income and derive a remittance amount.

“The approach of using indirect data sources is recognised as a standard approach in the IMF guide for compilers and users of international transactions in remittances,” it said.

CSO figures were released to Mr Grealish in response to a parliamentary question earlier this year, however, he cited the World Bank figures in his contribution on the issue in the Oireachtas.

The reliability of World Bank figures have been publicly questioned in the Dáil before, including by then minister for finance Michael Noonan, who said in 2013 that “available information would indicate that the figures published in the World Bank Migration and Remittances Factbook in respect of remittance flows between Ireland and Nigeria are open to serious scrutiny and that the real figure may be a fraction of the published figure”.

Mr Grealish described the amount sent to Nigeria as “astronomical” and that while he believed a lot of the money was genuine, he asked if the Department of Finance or the Revenue Commissioners had mechanisms in place to ensure it was “not the proceeds of crime and fraud”.

The comments saw Mr Grealish accused of “racism” by some in the House and Taoiseach Leo Varadkar noted how for decades, and even centuries, Irish people had gone abroad and sent money home.