Terenure native was a grand-nephew of playwright John B. Keane 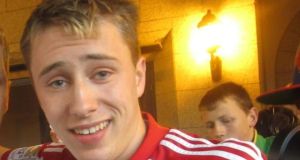 Niccolai Schuster (21), a history and politics student at UCD, who died in the Berkeley tragedy.

UCD arts student Niccolai Schuster (21) was a grand-nephew of the writer and playwright John B. Keane. From Terenure in Dublin, he was studying history and politics at UCD.

He is survived by his parents John, who has a machine tool busines, and Graziella. His brother Alexei is in fifth year at St Mary’s College, Rathmines, where Niccolai was also a student until 2012.

Distraught staff and students at his former school gathered for a special Mass on Wednesday to support one another and express sympathy to his family.

In Co Kerry, he was also being remembered, with one relative describing him as a lively young man, always laughing and smiling and great fun.

“He was the life and soul of every party and had an amazing circle of friends. Everyone loved him and he’ll be missed terribly,” said the family member.

His grandmother was the late Peg Keane Schuster, a sister of the late John B Keane. She married a Czech man and settled in Dublin. Niccolai and his family were regular vistors to relatives in Listowel and holidayed in Parknasilla, Co Kerry, for several years.

A message posted on the website of his former school said: “The thoughts and prayers of everybody in the St Mary’s community are with the families of Niccolai and Eoghan, and the other Irish youngsters who died or were injured in the heartbreaking accident in the United States.

“We also pray particularly for those being treated in hospital, and their families, many of whom are travelling today to the US.”

UCD President Prof Andrew Deeks also expressed his sympathy to the family of Mr Schuster, one of three victims from the Dublin university.