Murdered Catholic RUC officer ‘could have been saved’ 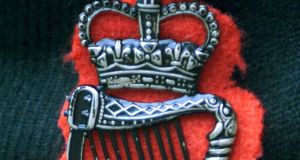 Dr Michael Maguire found senior RUC officers were aware of a specific threat to murder Sgt Joseph Campbell but failed to warn him and did not pass this information to the detectives who investigated his murder.

The murder of Catholic RUC man Sgt Joseph Campbell could have been prevented if senior members of the force had acted properly, the North’s Police Ombudsman Dr Michael Maguire has reported.

Dr Maguire found that senior RUC officers were aware of a specific threat to murder Sgt Campbell but failed to warn him and did not pass this information to the detectives who investigated his murder.

Sgt Campbell, a 49-year-old father of eight, was fatally wounded on the evening of February 25th, 1977, as he locked the main gates of the Cushendall police station in the Glens of Antrim.

Sgt Campbell’s family believes his killing was carried out by the late loyalist killer Robin “The Jackal” Jackson of the Mid-Ulster Glennane Gang comprising loyalists and members of the RUC and British army. It is also alleged rogue officers colluded with Jackson in the murder and that his killing may have been linked to Sgt Campbell discovering a plot to smuggle loyalist arms in through Cushendall and to armed robberies carried out by RUC officers in Co Antrim. Shortly before Jackson’s death in 1998, Sgt Campbell’s son Joe confronted him but Jackson denied involvement in the murder.

But he added, “Ultimately, I have concluded that Sgt Campbell, a dedicated community police officer in the Glens of Antrim, and his family, were failed by senior officers of the police force of which he was a respected member.

“There is sufficient, reliable evidence that senior police officers throughout the RUC’s command structure, including the then head of Special Branch and quite probably the chief constable, were aware of concerns, which had been documented, about a threat to his life and failed to act upon them,” said Dr Maguire.

Dr Maguire also reported how a number of RUC officers told more senior officers at the time that they were concerned for Sgt Campbell. The police officer who led the 1980 investigation into Sgt Campbell’s murder also confirmed to investigators that three officers submitted reports about their anxieties. “[The reports] were in the hands of ACC [assistant chief constable] Special Branch and the chief constable and, to be honest, I am not sure I would have got an honest reply if I had asked for them,” he said.

Investigators also spoke to former British army personnel who said they were aware of the risk to Sgt Campbell and passed this information to police in Ballymena.

In 1980 a member of the RUC’s special branch and a man identified in court as a police informant were arrested and charged in connection with the murder. The officer was acquitted and the man was convicted of withholding information.