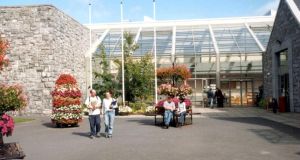 Minister for Education Jan O’Sullivan has urged NUI Galway (NUIG) to ensure there is “proper consultation” with staff on the issue of gender equality.

Speaking to reporters at an Impact education division conference in Galway, Ms O’Sullivan said she believed the university’s decision to establish a task force on gender equality in the wake of a recent Equality Tribunal ruling was a “positive response”.

The tribunal found she had been discriminated against in her application for a senior lectureship in 2009, and directed that she be paid €70,000.

Both Dr Sheehy Skeffington and Siptu’s academic section have criticised the university’s task force for its lack of independence, and Siptu has directed its members not to co-operate with it.

Ms O’Sullivan’s party colleague, Labour TD for Galway West Derek Nolan warned in February that the task force would “not succeed” if it did not have widespread support from university staff.

He referred to “significant opposition” to the task force as announced, “not least the absence of published terms of reference, the methods of appointment, the expertise available and how it will carry out its function”.

The university has said that the task force’s focus is on expertise rather than on representation.