Deadline for tenders extended by a fortnight 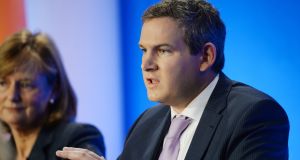 Minister of State for the Gaeltacht Seán Kyne has said he is confident a solution can be found to the latest setback over providing an air service to the Aran islands.

The deadine for tenders for the €3.6 million public service obligation (PSO) contract has been extended by a fortnight, Mr Kyne has confirmed.

In a briefing for Oireachtas members in the west, Mr Kyne said fees for the use of the airport at Indreabhán in Connemara still had to be agreed.

Aer Arann owns na Minna, and the airstrips on the three islands, and the use of na Minna airport is a separate fee item in the new contract.

Aer Arann managing director Senator Padraig Ó Céidigh said he was in constant contact with the Department of the Gaeltacht on this, and had provided it with all information requested.

He said he was not aware of any “stand off” on the issue.

Ironically, it was a move to award the air service to a helicopter company and relocate the mainland link from Indreabhán to Galway airport, across the city at Carnmore, which led to the withdrawal of the previous tender last September.

Islanders objected to plans by Executive Helicopters to fly in and out of Galway airport at Carnmore, some 52km from Rossaveal, instead of Inverin, which is just 8km from the ferry port.

Proximity between the Inverin air strip and Rossaveal allows for flexibility when planes cannot fly in bad weather.

Neither Galway city nor county council, joint owners of Galway airport, had been advised of the decision, and the airport’s aviation license was due to expire in December.

Aer Arann, which had provided the service for over four decades from na Minna, went to the High Court to challenge the move. In the event, its contract was extended for another year to this September, after the tender was cancelled.

Mr Kyne said he was “confident we can come to some arrangement” on a new four-year contract.

He acknowledged that there was still no certainty over the ferry service to the largest of the three islands after the summer season, as there is no contract provided by the State arising from a separate dispute. Mr Kyne said that this was an issue he would be “keeping an eye on”.