Michael Fassbender to be inducted to the Order of Innisfallen 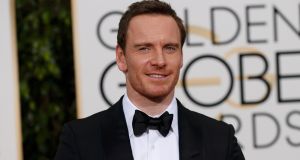 Hollywood actor Michael Fassbender is to be honoured in Killarney, Co Kerry for his achievements in the film industry.

The Irish performer will be inducted to the Order of Innisfallen, which which recognises contributions made to the area’s economy by people from outside Killarney.

The 39-year-old Kerryman has been nominated for the Academy Awards, Golden Globes and Baftas.

Fassbender is being honoured by the own’s Chamber of Tourism and Commerce and the Killarney Municipal Area who have helped to boost Killarney’s profile on a world stage by achieving great success in his career.

The award will be presented to the star at a reception on Friday, October 7th and followed by a black-tie ball Europe Hotel and Resort close to where Fassbender grew up in Fossa.

His parents Josef and Adele still live in the family home in the area. Fassbender was born in Heidelberg in 1977 and his family moved to Killarney in 1979.

Fassbender was once an altar boy in the nearby Prince of Peace Church in Fossa, attended the local national school before going to St Brendan’s College.

He joined Bricriú Theatre Company, run by local man Donie Courtney in Killarney, and he later moved to London.

Previous recipients of the Order of Innisfallen include singer Daniel O’Donnell who has attracted thousands to in concerts in Killarney every year, businesswoman Isolde Liebherr, Margaret Cahill, the former head of Tourism Ireland Europe, and Brian Stack of CIE Tours.