Medieval hut at UCD burned down in ‘arson’ attack 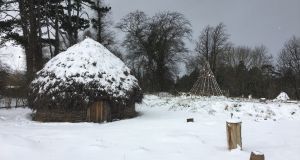 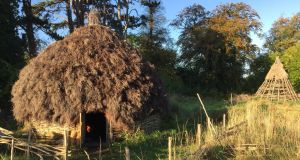 Gardaí are investigating after a replica medieval roundhouse was destroyed in an arson attack at UCD in Dublin earlier this month.

The archaeological building, which was built by students and part of the UCD Centre for Experimental Archaeology & Material Culture, was set alight on Friday evening, May 10th in what was described by UCD as an ‘arson attack’. The structure was completely destroyed in the blaze.

UCD professor of Archaeology Aidan O’Sullivan said people were deeply saddened by the incident but that archaeologists were determined to rebuild the house.

“Indeed, they are going to take this opportunity to investigate the burnt house as an archaeological feature,” Prof O’Sullivan told The Irish Times. “The archaeologists intend to investigate the charred house remains, and record the scattered fragments of broken pottery, burnt wooden buckets, iron tools, and heat-baked floor, to see if it matches archaeological evidence from sites from a thousand years ago.”

The UCD Centre for Experimental Archaeology and Material Cultural is one of the only university campus facilities of this type for experimental archaeological research and teaching in the world, according to Prof O’Sullivan.

The building was built based on archaeological and environmental evidence from a site at Deer Park Farms in Co Antrim which dated back to the 8th century. The structure was constructed using hazel wattles woven together as a large domical basket with a low oak door and a roof thatched with heather.

Undergraduate and postgraduate students of archaeology, history, education and engineering had used the house to investigate early medieval living conditions inside the house, testing it for light, heat, smoke levels and use of space. The school had also planned to record its deterioration over the years.

A Gofundme page launched to help the department pay for the reconstruction of the home has raised just over €700 to date.

A Garda statement said it was investigating a fire at an archaeological research site on the UCD campus where a medieval replica mud hut was completely destroyed. Investigations are continuing to establish the facts, it said.