‘Despite all our efforts, unfortunately we can’t control outside circumstances’ 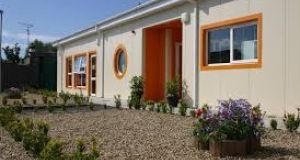 An Daoine Óga Community Childcare Centre in Navan: results of testing on all seven staff and most of the children have returned negative but results for the remaining children are awaited.

Staff and parents at a Co Meath creche are awaiting test results after two staff members proved positive for Covid-19 earlier this week.

The results at An Daoine Óga Community Childcare Centre in Navan have been described by its chief executive Marie Daly as “extremely devastating”, especially after an investment of €10,000 in protective personal equipment (PPE) and other Covid-19 measures at the facility.

Children at the facility had been divided into pods of up to eight, with two staff members in each.

One of the eight rooms at the centre was immediately closed after a staff member complained of a sore throat and subsequently tested positive for the illness last Wednesday.

The second staff member in the same pod of eight children, aged between one and two years of age, has tested negative.

However, because a “floating” staff member was working between two units, management closed a second room containing seven children aged between two and three years old.

That member tested negative but her co-worker in the pod was confirmed to have the virus.

Neither of the two staff who tested positive were in contact with each other either inside or outside of work.

Since then, results of testing on all seven staff and most of the children have returned negative but results for the remaining children are awaited.

“All our staff’s temperatures are taken three times every day and none of the two staff who tested positive had a temperature,” said Ms Daly.

“The first employee complained of a sore throat and the second had a runny nose and aches and pains.

“We immediately shut the first room down when the case was confirmed last Wednesday, and all the parents and the relevant statutory bodies were informed.”

She said that since reopening in June, all rooms were divided into pods of up to eight children with two members of staff per pod. There was also an additional employee who worked between two rooms.

“Because of this, I took the decision to also close that room immediately. This employee proved negative but another staff member in this pod of seven children was a confirmed case.

“Both cases showed very mild symptoms and didn’t need any hospital treatment and neither staff members had any contact with each other either in work or outside it.

“Six rooms at the facility remain open. Everyone is worried but the parents and preschool inspectors have been extremely supportive to us.

“It’s extremely devastating, disappointing and frustrating but despite all our efforts, unfortunately we can’t control outside circumstances.”

Ms Daly said that, during lockdown, senior staff completed a Level 5 course in Infectious Control and other employees were given a briefing.

“We spent €10,000 on PPE gear and adaptations to the building. Our Covid-19 document record was second to none, so much so that it was rolled out to a lot of other services around Ireland

“So far every other test is coming back negative and no one else has reported any symptoms so we can only wait anxiously and hope that we have managed to contain the virus here.”