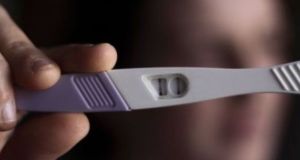 Concerns have been raised about governance and clinical services at Marie Stopes International.

Marie Stopes International has confirmed that it has suspended abortions at its Belfast clinic for women under-18 and “vulnerable” women.

A spokesman for the organisation said on Sunday that restrictions on abortions imposed by the Care Quality Commission (CQC) in England also will apply to its Belfast operation.

It emerged on Friday that the commission had raised concerns about the Marie Stopes corporate and clinical governance arrangements and patient safety protocols in specific areas.

The intervention by the commission means that on a weekly basis 250 women will be sent to other abortion providers.

Professor Edward Baker, deputy chief inspector of hospitals at the commission, said that “given the nature of the concerns we identified on our inspections, it is right that Marie Stopes International has suspended a number of its services.”

“At all times, our priority is to ensure that patients get safe, high-quality and compassionate care. We believe that the action taken is appropriate to address our concerns,” he said.

“We will continue to monitor these services very closely and we will not hesitate to take further action, if needed. We will report fully and publicly on our inspection findings as soon as our regulatory process has concluded and we are able to do so,” added Professor Baker.

The British government also has informed Marie Stopes International that “Ministers will not give approval for further clinics - in accordance with their statutory role - to offer termination services until the CQC are satisfied that their concerns have been fully addressed”.

Simon Cooke, chief executive of Marie Stopes International, said it was “working urgently with the commission” about its concerns and intended “to regain full assurance within a few days”.

“Alongside this, our immediate priority is to make sure that women booked into one of our affected services are rebooked swiftly into alternative local services and we are working closely with NHS England to ensure that this happens,” he added.

The Belfast clinic offers medical abortion up to nine weeks’ gestation. It does not carry out surgical abortions. Marie Stopes says it operates within the legal guidelines in Northern Ireland where abortion is permitted only if the mother’s life is in danger or where she faces serious physical and mental health risks.

When members of Marie Stopes were questioned by the Northern Assembly justice committee in 2013 they said it would operate within the law on abortion but refused to disclose how many terminations, if any, it had carried out or expected to, at its Belfast clinic.

While the Care Quality Commission has a regulatory remit in England it does not operate in Northern Ireland where the Regulation and Quality Improvement Authority (RQUI) has responsibility. Nonetheless, the spokesman for Marie Stopes said the restrictions on abortions also would apply in Belfast.

The commission said its concerns related “to poor governance arrangements which have given rise to specific immediate concerns relating to the lack of assurance in MSI (Marie Stopes International) in areas such as consent and safeguarding and the lack of assurance in relation to training and competence in conscious sedation and general anaesthesia”.

The restrictions were imposed following a series of planned inspections of Marie Stopes International centres in England. These inspections, according to the commission, identified a number of concerns linked to its governance arrangements. As a result the CQC carried out an unannounced inspection of Marie Stopes International’s corporate headquarters in England last month and of its call centre last Friday week.

The commission said that “regulatory processes” prevented it “from being able to disclose further details at this stage; however, these will be included in full in its inspection reports”.

Professor Sir Bruce Keogh, NHS England’s national medical director, said “this will be an anxious time for those women affected and we are taking immediate action to ensure everybody involved has access to the appropriate confidential advice and services.”

Bernadette Smyth, director of the Precious Life group in Northern Ireland said the concerns raised by the commission demonstrated that the Marie Stopes organisation was “not to be trusted”. She called on the Regulation and Quality Improvement Authority to immediately inspect its Belfast clinic.