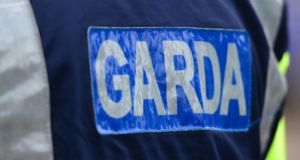 t brings to 51 the number of people killed on Irish roads in 2019. By comparison 45 had been killed by the same stage last year. File photograph: Bryan O’Brien

A man was killed on Wednesday night in Co Tipperary when the car he was driving collided with another vehicle.

The accident happened on the N24 between Clonmel and Carrick-on-Suir at approximately 11am.

He was pronounced dead at the scene. He was brought to South Tipperary General Hospital where a full post mortem is due to take place.

The driver of the other car was taken to hospital with minor injuries.

The road remains closed to facilitate an examination of the area by the Garda forensic collision investigators. Traffic diversions are in place.

It brings to 51 the number of people killed on Irish roads in 2019. By comparison 45 had been killed by the same stage last year.