Man arrested and €20,000 worth of cannabis seized following burglary in Limerick 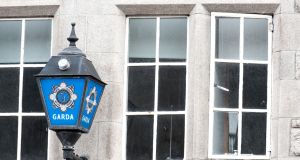 A man in his 20s has been arrested following an aggravated burglary in Limerick city on Saturday morning.

Two people, believed to be armed with a knife, were reported to have entered a residential property and threatened the occupant. Cash and a number of items of property were taken from the residence.

During a Garda search of a property in Mount Kenneth Place, a man was arrested in connection to the burglary.

During the course of the search, €20,000 worth of what is believed to be cannabis was seized, along with other drug paraphernalia .

The man was taken to Henry Street Garda station where he is currently detained under Section 4 of the Criminal Justice Act 1984.