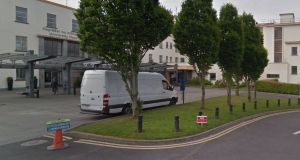 The man was taken to University Hospital Limerick for treatment. Image: Google Streetview

An elderly man has died in hospital following a farming-related accident in Co Clare.

The 68-year-old is understood to have been helping a neighbour load cattle onto a trailer for a mart when he was gravely injured at around 8.30am on Thursday.

Emergency services were alerted to the incident near Cooraclare in the west of the county shortly before lunchtime.

The man from who was from Danaganelly was not a farmer himself but had been known to help local farmers and had experience working with cattle.

Local councillor Bill Chambers, who knew the man, said: “He was a pure gentleman and a great community man. He did a lot of work with the tidy towns in Cooraclare and was great to help people including local farmers. He will be sadly missed in the community.”

He was taken to University Hospital Limerick but was pronounced dead on Thursday evening.

A Garda spokesman said an investigation was under way and a file would be prepared for the county coroner in due course.

The Health and Safety Authority (HSA) has also begun an investigation.