Libraries to open seven days a week from 8am to 10pm

Library fines to be abolished under plan to double visitor numbers 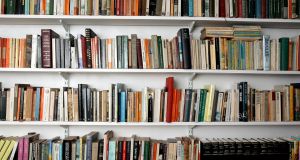 The public will be able to use most libraries seven days a week from between 8am and 10pm under new plans to double the number of visitors over the next five years.

Nearly 200 of the State’s 330 public libraries will open for longer, while the public will be able to take and return books when the libraries are unmanned using scanners.

The extended hours will give members more opportunities to study, use wifi, hold meetings and, in some cases, use libraries’ free “hot-desking” facilities to work remotely from offices.

Meanwhile, fines for overdue items are to be abolished, while up to 40 libraries are to upgraded by the end of 2022, according to Tom Enright, the chair of the Libraries Development Committee.

Longer opening hours and self-service technology was piloted in Tullamore and Banagher, Co Offaly, which resulted in increased visitor numbers of between 75 and 185 per cent over a 12-month period in 2016.

Libraries will continue to be fully staffed during normal working hours and there will be no decrease in staffing hours. Indeed, 100 extra librarians are to be hired in coming months

The plan, which will be backed by nearly €5 million from the Government and local authorities, aims to double library membership from 750,000 to 1.5 million within the next five years.

There are also wider plans to upgrade dozens of libraries, develop digital learning centres in all suitable libraries and position libraries as a community hub.

Mr Ring is due to launch the strategy, known as Our Public Libraries 2022 – Inspiring, Connecting and Empowering Communities, at Dún Laoghaire library on Thursday.

“Many people commute long distances to work and cannot get to the library between 9am and 5pm,” said Mr Enright.

“It’s a shame to have these buildings closed, but 23 of them will be available to local communities outside of library hours and that number will be further expanded over the next five years,” he explained.

Forty libraries will be improved over the next five years: “We expect to see a range of capital projects being developed to address the improvements required,” he went on.

The recruitment of extra librarians – from county librarian to dozens in branches across the State – can be filled following a recent successful conciliation process with the public service union Fórsa.

A bid to capture the interest of primary schoolchildren and older people in membership of 330 public libraries and 31 mobile ones is also in the pipeline, said Mr Enright.

Libraries will stock more books about health to cope with greater interest in the subject from readers, who already make 17 million visits annually and borrow 18 million books, DVDs and journals.

A grant of €400,000 last year, made through Healthy Ireland and the HSE, had enabled the library service to acquire a large number of health and medical-orientated books for its shelves.

“We are confident of receiving further funding in the current year which would allow us to extend the range of health and medical-related material further,” he added.