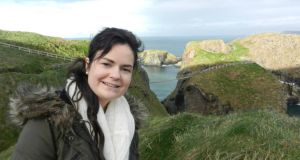 Police investigating the death of young Cork woman Karen Buckley are examining whether or not her drink may have been spiked at the nightclub she visited the night she disappeared last weekend.

According to sources, police are trying to establish what prompted Ms Buckley to leave her friends in the Sanctuary nightclub on Dumbarton Road in Glasgow.

Her friends have told police that while Ms Buckley had been drinking, she was not drunk when she went to the toilet around 1am but failed to return to go home with them.

According to one source, her friends thought that it was so out of character for Ms Buckley that they feared her drink had been spiked. It is understood the glass she was drinking from has been recovered by police.

A spokeswoman for Police Scotland declined to comment on any queries relating to the case this morning, saying that the matter was now in the hands of Procurator Fiscale or Scottish DPP.

However, it is believed that police have briefed Ms Buckley’s family and informed them that they are investigating whether her drink may have been spiked in the nightclub.

It is believed that the glass and toxicology tests carried out at postmortem will be critical to establishing whether or not Ms Buckley may have had her drink spiked.

CCTV footage obtained by police from the nightclub shows Ms Buckley talking to a young man outside the nightclub and then walking with him along Dumbarton Road.

Det Supt Jim Kerr told a press briefing on Tuesday that there was nothing to suggest that Ms Buckley was under any duress or being coerced in any way when she left the nightclub.

It’s understood that Ms Buckley’s friends returned to their flat at Hill Street in Garnet Hill and waited up for her and when she hadn’t returned by 5am on Sunday morning, they contacted police.

Police began a missing person inquiry and quickly identified and traced the young man seen on the CCTV footage with Ms Buckley and spoke to him on Monday about her disappearance.

However at a press conference on Tuesday, Det Supt Jim Kerr stressed that at that stage, police were not treating the man as a suspect but simply as a witness who was helping them with their inquiries.

“At the end of the day, this man is a witness and is assisting in our inquiries as are other members of the public. He has been entirely co-operative with us,” said Det Supt Kerr.

It’s understood that the man told police that Ms Buckley accompanied him to his car parked on Church Street near the nightclub and he then drove her back to his flat on Dorchester Avenue.

However it emerged yesterday that police had seized the man’s car from outside his flat on Dorchester Avenue late on Monday night and removed it for a forensic examination.

It’s been taken to a secure location and it’s understood that police are examining it for any evidence that it was used to transport Ms Buckley’s body to High Craighton Farm 13kms north of Glasgow.

Det Supt Kerr yesterday confirmed that a body found at the hill side sheep farm on Wednesday evening was that of the missing occupational therapy student from Mourneabbey in Co Cork.

Face masks: All you need to know about where, when and why you need one 16:29
Adrian Donohoe murder accused says he cannot place raiders’ accents 16:26
EU taxation to change, but must be ‘as fair as possible for Ireland’ – Donohoe 16:11
Unemployed and unskilled workers most likely to be admitted to psychiatric care 16:08
Protection order granted to woman who said husband made her take lie detector test 15:57

1 Coronavirus: Unwinding of latest stage of roadmap ‘could be pushed back further’
2 UK accuses Russia of election interference and trying to steal Covid-19 vaccine
3 Coronavirus in Ireland: Further reopening delayed amid 'worrying' rise in infection rates
4 Evidence of Iron Age temples uncovered at Navan Fort
5 Like ‘a grandfather at the sherry cabinet’: Trump’s meandering monologue
Real news has value SUBSCRIBE