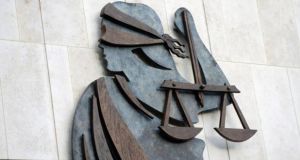 A Cork GP is facing the prospect of a retrial after a jury failed to reach a verdict on whether he indecently assaulted a 15 year old girl during a visit to treat her dying mother at their family home over 20 years ago.

A Cork GP is facing the prospect of a retrial after a jury failed to reach a verdict today on whether he indecently assaulted a 15-year-old girl during a visit to treat her dying mother at their family home over 20 years ago.

Dr Kevin Mulcahy (55) of Cregane, Lombardstown, Mallow, Co Cork had pleaded not guilty to the single charge of indecently assaulting the girl at a location in Co Cork on December 23rd, 1989.

After deliberating on the single charge for two hours and 40 minutes today, the jury of eight men and four women were recalled by Judge Sean Ó Donnabháin who told them that if they could not reach a unanimous verdict, he would now accept a majority verdict.

They told the judge they could not reach a verdict and he remanded Dr Mulcahy on continuing bail to appear again on February 4th next year.

The complainant, who is now in her late 30s, had told the jury that Dr Mulcahy was visiting the house at the time treating her mother who was seriously ill and on the day in question she herself had a cold and Dr Mulcahy examined her in her bedroom.

She said that at the outset they spoke about how ill her mother was, she became upset and the doctor gave her a hug to comfort her before asking her did she know how to examine her breasts for possible lumps so she took off her top and bra and was naked from the waist up.

She said Dr Mulcahy carried out a physical examination of her breasts and then asked her to perform the examination on herself. She said he asked her if she had a boyfriend and if she knew what sex was before he began to touch her through her clothing.

The state alleges that this was when the indecent assault occurred but Dr Mulcahy told the court that while he remembered treating her mother, he had no recollection of anything ever happening as described by the complainant.

“I have no recollection of what she stated here today… As far as I am concerned it never happened,” said Dr Mulcahy who told gardaí who arrested him that he was shocked that someone should make such an allegation about him.