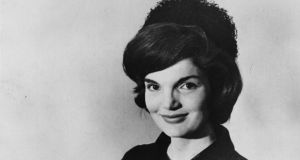 Letters sent from Jackie Kennedy, the wife of late US president John F. Kennedy, to a Dublin priest have been returned to the Kennedy family. Photograph: Keystone/Getty Images.

Letters sent to an Irish priest by Jackie Kennedy, the former US first lady, have been returned to the Kennedy family.

The Catholic Vincentian Order in Dublin today announced that “private letters, written by the late Mrs Jacqueline Kennedy to our deceased confrere Fr Joseph Leonard have been transferred to the Kennedy family”.

The order said the decision had been taken with “regard to the respect due to what is correspondence of a private nature”.

The correspondence came to light earlier this year when the letters, written between 1950 and 1964 by Jackie to Fr Joseph Leonard, a priest in the All Hallows seminary in Drumcondra, Dublin, were consigned to auction.

Sheppard’s Irish Auction House in Durrow Co Laois had announced the planned sale which was expected to realise “in excess of €1 million”.

Extracts from the letters, published exclusively in The Irish Times, revealed, for the first time, Jacqueline Bouvier Kennedy’s private thoughts about her marriage to president John F Kennedy, their life in the White House and her reaction to his assassination.

But the letters were dramatically withdrawn from auction in May this year and All Hallows and the Vincentians announced they were “exploring with members of Mrs Kennedy’s family how best to preserve and curate this archive for the future”.

It is understood that Jackie Kennedy’s daughter Caroline Bouvier Kennedy, the US Ambassador to Japan, had retained a Dublin law firm to assert her ownership of the copyright of the content of the letters.

Ambassador Kennedy has declined to comment publicly on the matter.

It is not known if the Kennedy family paid the Vincentians for the letters and the order said it would be “making no further comment”.

All Hallows had decided to sell the letters as part of a fund-raising effort for the college. Shortly after the auction was cancelled, All Hallows, which had become a constituent college of Dublin City University since the closure of the seminary, announced that it would close down.

Auctioneer Philip Sheppard, who was holding a valuations day for rare books and manuscripts in Dublin today reflected ruefully on the cancelled auction and said “the Jackie letters would have been the sale of the century”.

In 1954, she married Mr Kennedy, who had been elected to the US senate two years previously. He was elected US president in November 1960 and Jackie served as first lady from January 1961 until his assassination in Dallas in November 1963.

In 1968 she married Greek shipping magnate Aristotle Onassis, who died in 1975.

Fr Joseph Leonard was a priest in the Vincentian Order who retired to All Hallows seminary in Dublin in the late 1940s after working as a teacher in London. He and Jackie met in Dublin in 1950 when she visited Dublin following her studies at the Sorbonne University in Paris.

She had been received an introduction to the elderly priest from a relative in the United States.

The correspondence between Jackie Kennedy and Fr Leonard began when she was aged 21 and he was 73. They met only twice- during her visits to Dublin in 1950 and in 1955 - yet she wrote to him regularly. She poured out her heart to the priest and often remarked how much she valued their friendship and cherished his advice. The correspondence ended when Fr Leonard died in 1964.

Got a moment? Help research into life under Covid-19 restrictions 12:58
More than 1,500 scientists issue funding warning and call for department for higher education and research 12:50
O’Doherty and Waters to appeal court’s dismissal of legal action 12:43
Government accused of reneging on Defence Forces recruitment 10:20
Charities call for minister to represent them in Cabinet 10:13