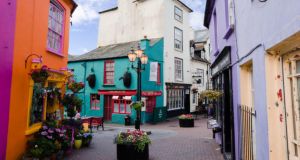 Ireland is on target for a record year in terms of tourist numbers, according to latest figures 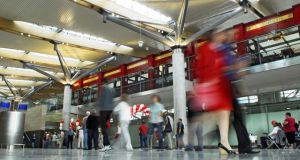 Minister for Tourism Paschal Donohoe said the tourism sector was on track to meet a target of 10 million visits for 2025. Daragh Mac Sweeney/Provision

Ireland is on target for a record year in terms of tourist numbers but the industry has been warned by Government not to “make the mistakes of the past” by overcharging.

CSO figures for the first half of 2015 show almost 12 per cent growth in overseas visitors North and South – an additional 407,100 when compared with January to June 2014.

Minister for Tourism Paschal Donohoe said the figures showed Ireland was on track for earnings of €5 billion per year in 10 years’ time.

But in a strongly worded message to the industry he said the special nine per cent rate of Vat was dependent on the industry offering value for money. He warned the Government would keep this in mind, when deciding whether to renew the special rate.

“We must be mindful of the mistakes that were made in the past and ensure they are not repeated. Our value for money rating has improved dramatically in recent years” he said, noting that the latest figures represented “out best half year performance ever”.

According to tourism Ireland, growth this year has come from all key markets especially Britain, North America and Mainland Europe. Key factors that aided the boom were value for money – especially for sterling and dollar holidaymakers – the attraction of the Wild Atlantic Way, air access and the abolition of travel tax in the South.

Mr Donohoe said he would like to see another US city added to the list of destinations flying to Ireland, but he did not specify which one.

Niall Gibbons CEO of Tourism Ireland, which is a North/South body set up to promote the whole island, said the nine per cent vat rate and zero rated air travel tax were not available in Northern Ireland. This was because taxes in the North were a function of the Westminster Parliament, but he said there was considerable enthusiasm for the adoption of such measures within the legislative assembly in Northern Ireland.

Mr Gibbons said Tourism Ireland was determined to maximise the number of new year-round and winter air routes into Ireland which included new CityJet flights from London to Cork and Aer Lingus from Dusseldorf to Cork.

Additional capacity is to be installed this winter on Aer Lingus routes from Paris, Amsterdam, Brussels, Zurich and Geneva . Lufthansa is increasing capacity on its Munich–Dublin route; Ryanair on its routes from Copenhagen and Venice, Barcelona, Berlin and Madrid. In addition Aer Lingus will increase capacity on transatlantic routes while Delta is increasing capacity from JFK New York to Dublin.

Mr Donohoe said the tourism sector was on track to meet Government targets for 2025 which included €5 billion in overseas tourism revenue, an extra 50,000 jobs in the sector and 10 million overseas visits to Ireland, compared to 7.6 million in 2014.

The increase from Britain was 9.4 per cent, while from North America it was 15per cent.