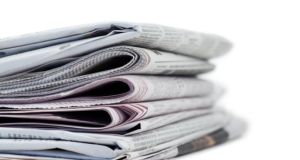 The fragmentation of media is putting a “huge premium” on quality journalism and best professional practice, Taoiseach Enda Kenny has said,

Speaking at the launch of the annual report of the Press Council and Office of the Press Ombudsman, Mr Kenny said he hoped digital media outlets would see the value of supporting the independent press complaints body.

“Overall, I believe there is considerable satisfaction in the professional standards applied by Irish print media and upheld by your Council and Ombudsman,” he said.

“And I believe the advent of The Journal.ie to this fold is only the first step in encouraging digital media that are professional in character, and see the innate value of adhering to the standards of, and supporting, the Council and the Press Ombudsman.”

The Press Council and Office of the Press Ombudsman - established in 2007 - is charged with safeguarding and promoting professional and ethical standards in Irish publications.

Mr Kenny said he felt the press had responded well to the public mood to demand greater accountability from public and private institutions, even if the Government has felt the sting of much of this coverage.

“Our media write a lot about standards in and of our public service. But our journalists themselves can provide an invaluable service to the public,” he added.

But he said it was vital that citizens’ reasonable complaints about any departures from these standards will be independently assessed, and that accessible and effective redress will be provided.

The Press Ombudsman Prof John Horgan, who is due to retire in September, also spoke of the increasingly important role social and digital media play in informing citizens.

“We all know that this is an important part of our future, although as yet there are few route maps and no effective pricing system,” he said.

“Social media are, of course, also in the process of discovering that good journalism is always expensive. Together, we need to persuade the public at large that this is the case, and that is always a price worth paying for.”

He had learned key lessons during his six years as Ombudsman, including the need for “honest, courageous” journalism that provide a real public service.

“Any investment the press - and the media in general - make in the quality of their journalism, including staffing levels, as well as their invaluable support for the Press Council and my office, is an investment in public trust,” he said.

“It may take time to show up on the bottom line, but without it we will all be the poorer.”

The annual report of the regulatory body shows that a total of 381 complaints were received last year, about half the number received in 2012.

Most centred on breaches of the code of practice for publications relating to truth and accuracy (34 per cent), followed by respect for rights (15 per cent), fairness and honesty (14 per cent) and privacy (12 per cent).

The bulk of complaints were resolved informally or not pursued by complainants.

A total of 81 were processed or being processed at the end of last year. Of the 29 cases decided by the Ombudsman, nine were complaints upheld and 12 were not upheld.

Sufficient remedial actions was offered or taken by the publication in seven remaining cases, while in one case the Office was unable to make a decision.