Give Me a Crash Course in . . . new family laws

What will the Children and Family Relationships Bill do? 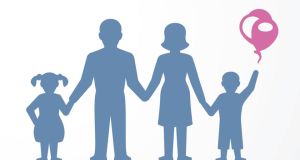 What’s new to know about the Irish family? It’s changing, and the Government believes the law needs to reflect this. One child in three is born outside marriage. There are 186,000 single mothers and their children; 29,000 lone fathers and their children; and 60,000 cohabiting couples and their children. There are families with two mothers or two fathers. And that’s before we consider the permutations made possible by modern donor-assisted reproductive technology, including surrogacy and, soon, “three parent” families.

Why do we need a law for this? Existing rules about parentage, guardianship, custody and access are looking a bit threadbare given the changes mentioned above. Unmarried partners in particular have suffered a lack of legal rights in certain circumstances, such as relationship breakdown. Few would argue with giving grandparents greater access to children when this happens, and anything that reduces the need for expensive court applications for guardianship is also welcome. Although this is the first piece of legislation in this area for decade, it’s important to realise it isn’t the first time the State has “re-engineered” the family. Adoption law, for example, assigns parentage to an adoptive mother, despite the lack of a genetic link. The same question arises now in relation to surrogacy.

What has the Bill to say about surrogacy? A surrogacy arrangement is where a woman carries a pregnancy for intended parents. The resulting child may be genetically related to the surrogate (where she has been impregnated) or not (where IVF is used to create an embryo). Also, it can be commercial (the surrogate gets paid for her nine months of carrying) or altruistic. Laws to do with surrogacy vary hugely — some countries ban all forms, others ban commercial arrangements, and others still permit it. They also differ on who is regarded as the mother of a child born through surrogacy – the “birth” mother or the “commissioning” mother. In Ireland it looks as if only noncommercial surrogacy where the child has a genetic link to the surrogate will be permitted.

At least they’re moving fast on that. I hear the Children and Family Relationships Bill will be law by the end of next month Actually, they’ve hived off the surrogacy provisions to another Bill, which hasn’t even been drafted yet and is unlikely to make it through the Oireachtas in the current term. No one has said so explicitly, but it may have been felt that controversy about surrogacy could colour the debate on same-sex marriage. That referendum is due later in the spring, and there is a bit of a press on to get the rest of the legislation out of the way before then.

Why so? The Government is worried that the referendum could be defeated or that it could provoke a divisive debate. The present Bill tidies up one outstanding issue by providing for adoption by same-sex couples. Once it is passed, Ministers want to be able to say the child-protection issues have been dealt with and to conduct the referendum debate on the equality issue.

What are they worried about? Isn’t everyone in favour of these changes? It isn’t quite so simple. First, there’s a lot in the Bill, and although some measures might enjoy widespread acceptance, other mightn’t. Second, the debate hasn’t really got under way and public opinion hasn’t been tested. Third, a number of groups have expressed opposition, on the basis that a child has a right to a mother and a father rather than some other permutation that the Bill proposes to recognise.