Give Me a Crash Course in . . . Gsoc’s secret access to phone records 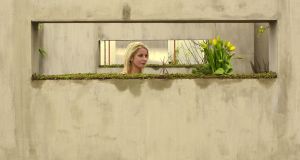 Katy French investigation: the Garda Síochána Ombudsman Commission accessed two journalists’ phone records as part of its response to alleged leaks about the death of the model, in 2007. Photograph: Frank Miller

Why are we suddenly concerned about journalists’ phone records being accessed? Just over a week ago The Irish Times published a story about the Garda Síochána Ombudsman Commission (Gsoc) accessing the telephone data of two journalists as part of an investigation into whether gardaí leaked information to them. A friend of the late model Katy French (below) had complained about alleged leaks to the media relating to her death, in 2007, after cocaine use. In an effort to establish which gardaí, if any, might have been responsible, Gsoc, whose job it is to investigate complaints about the Garda, secretly asked phone companies for the reporters’ records.

So did Gsoc break the law? No. It was within the law for Gsoc to do this. But when the first media report appeared a debate began about whether the case breached journalists’ rights to protect their sources. The National Union of Journalists said the Irish courts had in rulings upheld the right not to reveal sources. The Irish Council for Civil Liberties and Digital Rights Ireland pointed out that, under legislation allowing for phone and internet records to be accessed, Gsoc did not even need to go to a court and apply for permission. Instead, senior officers within the Garda Síochána Ombudsman Commission could approve an application by their colleagues to demand records from telephone and internet service providers.

Why does Gsoc have this power? In fact, it’s not only Gsoc that can do this. The Garda, Revenue and Defence Forces can do the same while investigating crimes or gathering intelligence. They apply to a senior colleague to make a request to the service provider. Less than 2 per cent of cases are turned down by the service provider.

Are these new powers? These powers, in their current form, have been in place for a decade.

If the practices are that old, why is this coming out only now? The powers have been used in secrecy. For example, agencies accessing the retained data don’t even publish details of how many requests they make for data every year. And the details of specific cases never emerge. But the revelation that journalists’ phones were accessed without their knowledge or consent as part of a Gsoc inquiry into gardaí raised a host of issues around press freedom. The story quickly expanded to include an examination of how these snooping powers were being used generally. For example, it has emerged that 62,000 requests for access to data were made over a five-year period, almost all by the Garda. Accessing reporters’ phones might have been the revelation that whipped up the controversy, but the issues are wider and relate to everyone’s data.

The controversy seems to have calmed. Is that the end of it? The Minister for Justice has ordered a review, which is being carried out by former chief justice John Murray.

So is the review expected to clear the air? The review has been limited to examine how the journalists’ phones have been accessed. That has been criticised by many groups, which say the wider powers should be scrutinised.

When will it conclude? Murray has been asked to report within three months. That means the controversy has probably been contained until after the general election, unless more revelations emerge.