Garda says no evidence of Corrib alcohol being distributed 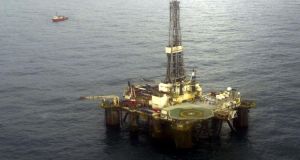 The Garda has said it has “no evidence” that €35,000 worth of alcohol was distributed to members of the force policing the Corrib gas pipeline works in the immediate aftermath of clashes with protesters.

Allegations that a company contracted to Shell E&P delivered large quantities of alcohol to the Garda – including a single delivery worth €35,000 to Belmullet Garda station in December 2007 – emerged in British media at the weekend.

According to the report, the €35,000 consignment was delivered to Belmullet Garda station from Northern Ireland in an unmarked van. The report carried an allegation that a senior garda expressed relief the walls of the Garda station were high, as prying eyes would not see what was happening.

‘Sweeteners’
The report in the Observer newspaper included allegations that members of the local community were offered “sweeteners” including cookers, school fees, and home and farm improvements.

Protester and retired school teacher Maura Harrington claimed last night she was aware “that sweeteners were coming from Shell”. She also referred to a report by a special rapporteur for the UN, Margaret Sekaggya, which she said expressed concern at shortcomings in official investigations.

Ms Harrington accused the Garda of a “Jesuitical distinction between what is delivered to the Garda station and what is distributed to the members”.

Ms Harrington welcomed the publication of the report in the Observer newspaper and said the longer the protest, now in its 13th year, continued, the more information came into the public domain.

She called for a new investigation by international jurists, possibly under the umbrella of the UN, into the allegations, “the environmental case and the economic case that we are selling our natural resources for a fistful of beads, baubles and a few bottles of booze”.