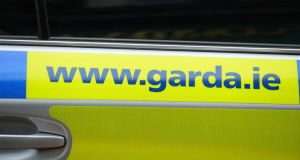 Gardaí have begun an investigation after a man received minor injuries when he was shot in a pub in North Cork over the bank holiday weekend.

The man, aged 35, suffered injuries to the neck when a man armed with a pellet gun walked into the White Country Inn in Banteer just after 8pm on Sunday night and fired at him.

The victim of the shooting wasn’t seriously injured and declined an offer of an ambulance to take him to hospital but instead caught a taxi home.

The bar was crowded at the time and gardaí have begun taking statements from customers who witnessed the shooting in a bid to try and identify the gunman.

Gardaí say that they believe the gunman is aged around 30 but no arrests have been made. A firearm was recovered near the scene and it is being forensically examined.

Anyone with any information is asked to contact Kanturk Garda Station on 029-20680.