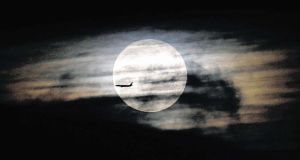 1. New public pay talks are likely in the new year

The Government will discuss the escalating crisis over public sector pay at its meeting this morning with senior figures conceding that talks on a new pay settlement are likely in January or February of next year.

While Ministers are likely to publicly ignore a deadline of Thursday to agree to new pay talks set by Siptu chief Jack O’Connor last week, privately senior officials and Ministers say that a process to revise the Lansdowne Road Agreement could start early in the new year.

2. Railway line is costing €550 per passenger to run

A railway line between Limerick and Ballybrophy is costing €550 per passenger to operate, a report has found.

The review into rail services, drawn up by the National Transport Authority and Iarnród Éireann, is to be brought to Cabinet by Minister for Transport Shane Ross on Tuesday. 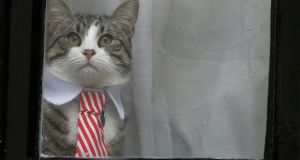 It is very likely that 2016 will be the hottest year on record, the United Nations’ weather agency has said.

The 7.8-magnitude tremor struck just after midnight on Sunday, destroying farm homesteads, sending glass and masonry toppling from buildings in the capital, Wellington, and cutting road and rail links throughout the northeast of the ruggedly beautiful South Island.

Barack Obama declined to step into the debate around Donald Trump’s appointment of chief strategist Steve Bannon, who has been criticised for his links to white supremacists, saying it was up to the Republican to pick his staff.

The US president, speaking at his first press conference since Mr Trump’s shock election, said that it would not be appropriate for him to comment on every appointment if he hoped to ensure a smooth transition of power.

And finally. . . Health: Struggle with sleeping? Cut out alcohol for six weeks

“The experts seem to agree: what defines the connection between nutrition and sleep is a lack of sufficiently thorough, long-term research on how one is proven, rather than assumed, to affect the other.

But the consensus extends to the two cheerleaders in the “Please Avoid” camp – caffeine and alcohol – after which, opinions will differ.”