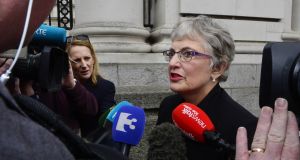 1. Zappone and Fine Gael at odds over childcare proposals

The Minister tasked with drafting the Government’s childcare plan was kept in the dark as alternatives to her proposed scheme, which was criticised for neglecting middle-income earners, were mooted in budget talks.

Shimon Peres, one of Israel’s defining political figures and a Nobel Peace Prize laureate, has died at the age of 93, two weeks after having a stroke.

Mr Peres had twice served as prime minister of Israel and later as the country’s ninth president. He had been seriously ill on a respirator in an Israeli hospital near Tel Aviv and died after his condition deteriorated sharply.

3. Donald Trump claims Hillary Clinton did not rattle him 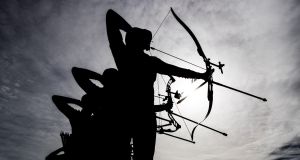 US Republican presidential nominee Donald Trump defended his uneven performance in his first televised debate with Hillary Clinton, insisting that his Democratic opponent did not get under his skin.

The New York businessman complained about a malfunctioning microphone, “unfair” questions and threatened that he may “hit her harder” and refer to Bill Clinton’s extramarital affairs in his next debate with the former president’s wife.

At night, Dresden’s baroque Altstadt or old town has a fascinating, morbid atmosphere. On Monday nights, however, the atmosphere is gruesome. For almost two years Dresden has been hijacked by the anti-Islam Pegida group, organising Monday night protest marches against what it sees as the “Islamisation of the West”.

For two hours a few streets echo with angry shouts of “Merkel must go” and “We are the people”, as about 2,000 Pegida marchers make their rounds – down from peaks of 25,000.

Sam Allardyce’s tenure as manager of the England football team has been terminated after 67 days in charge following allegations he had offered advice on how to circumvent the English Football Association’s rules on player transfers.

Allardyce, who was appointed as Roy Hodgson’s successor in July, has left his position by mutual consent after two months and one game, the World Cup qualifying win over Slovakia.

And finally. . . Miriam Lord: Yes, Taoiseach, abortion is not black and white

“It has become the protest garment of choice. A simple black sweatshirt with ‘Repeal’ written in large white letters across the chest. Selling like hotcakes, apparently.

Few will have looked upon the six TDs wearing their “Repeal” sweatshirts into the Dáil chamber and considered them brave. Although in terms of the Dáil’s fusty and often ridiculous approach to matters of decorum, Tuesday’s decision by members of the Anti-Austerity Alliance-People Before Profit to model the article of clothing that has become synonymous with the pro-choice movement was audacious.”