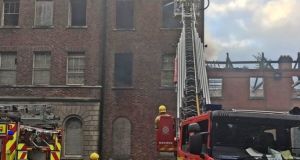 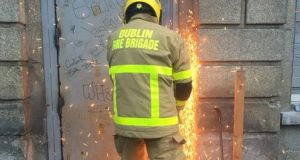 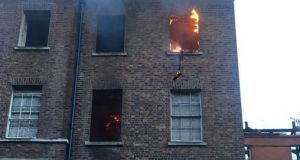 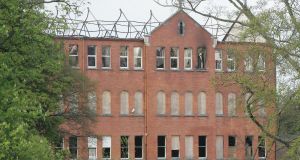 A file image of Belcamp College from 2011 after it was seriously damaged by fire. Photograph: Alan Betson/The Irish Times

Five units of the Dublin Fire Brigade were called to Belcamp College on the Malahide Road in Co Dublin on Friday morning to attend a fire on the premises.

The fire is believed to be have been started early on Friday but has since been brought under control.

“We can also confirm that over the past number of years Fingal County Council and Gannon Homes have been in ongoing consultation regarding this property, its condition and future use.”

Belcamp College has sustained further damage this morning after being left derelict for a number of years. The premises has previously been the subject of vandalism on several occasions in the past as well as a number of arson attacks, most recently in 2011.

Belcamp College was for many years a school run by the Oblate religious order, which closed in 2004. Some of the school’s notable former pupils included the golfer Philip Walton and actor Brendan Gleeson.

The building and its adjoining 200 acres was then purchased by developer Gerry Gannon in March 2004 for €105 million, with the aim to turn the building into apartments but this never came to fruition. However, the building has since been taken into Nama.

Belcamp was built in the 18th century and was designed by the architect James Hoban of Kilkenny who also designed the White House in Washington.