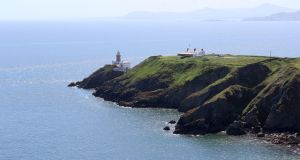 Howth Head in Dublin. Dublin Port is seeking EPA approval to dispose of ‘seabed material’ as part of its plans to deepen a navigational channel. Photograph: Thinkstock

The Environmental Protection Agency (EPA) has asked Dublin Port to submit further information on its application to dump almost 10 million tonnes of spoil off Howth Head.

Over 700 submissions have been made to the EPA for the dumping at sea licence application, which has attracted opposition from divers, environmentalists, the fishing industry and residents of Dublin Bay.

The port company is seeking EPA approval to dispose of “seabed material” as part of its plans to deepen a navigational channel for its new cruiser liner berth. It secured planning approval for the berth at Alexandra Basin in July.

Dublin Bay has Unesco biosphere status, and a number of designations under the EU habitats and birds directive.

The EPA told the firm earlier this month that it requires an appropriate assessment of environmental impact under the EU habitats directive.

It is also seeking a revised Natura impact statement among other information.

The firm intends to use its existing dump site on the Burford bank, which it has been licenced to use since 1996.

The Irish Underwater Council, representing some 2,000 divers, points out that the Burford bank is within the Rockabill to Dalkey Island special area of conservation (SAC).

In its objection it says previous dumping has already had an impact on the integrity of the area.

Diver and engineer Peadar Farrell of the Protect Dublin Bay group said the port company must prove the dumping will not damage the SAC, and that plans to cover the contaminated material with a stone layer on the seabed were insufficient.

“There is not enough pebble in the sample cores showing to cover it, and the contaminated material could/would be swept away by wave and tide,” Mr Farrell said.

Even if covered, it could still leach out into the bay over time.

“The dump site is an acknowledged foraging ground for seals and porpoises,” Mr Farrell said, and the material would cause turbidity, affecting water clarity and all plant and marine life as a consequence.

An Taisce says the cumulative impacts on protected habitats of dredging by both Dublin Port and Dún Laoghaire Harbour for cruise liner navigational channels should be considered.

Dún Laoghaire Harbour Company is still awaiting the outcome of An Bord Pleanála’s ruling on its project, which could require a EPA permit to dump one million tonnes of dredged material.

Fishing industry groups including the Irish Fish Producers’ Organisation (IFPO) said they were not consulted, and have described as “inadequate” Dublin Port’s baseline analysis.

In its application, Dublin Port emphasises that sediments in Alexandra Basin West which are contaminated and not suitable for dumping at sea will be recovered and treated for recycling and reuse as “fill”.

It says a comprehensive sampling and analysis programme included advice from the Marine Institute.