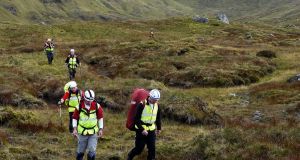 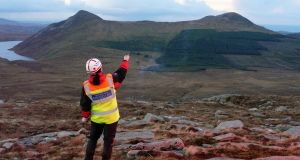 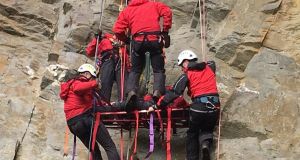 With 10 years of experience in search and rescue operations, Leo Murray knows the difference between help and hindrance.

Drone technology, allowing significantly enhanced recovery times and visual access to operations, is proving to be a big help.

Murray (48) is a lead co-ordinator of Donegal Mountain Rescue whose volunteers operate on the barren moorlands and remote northwest coastline. The 26 members conduct between 35 and 50 search operations a year, sometimes more.

The calls come if someone does not come home or return to a parked car, or if mysterious lights are spotted on a dark hillside. Fatalities, outside of suicides, are relatively rare. The team mainly encounters lower limb injuries or exposure cases.

But given the expanse of the Donegal landscape, there is one common denominator in every successful mission: speed.

“A lot of rescues are late in the day. People leave it very late in the evening to actually make the call,” Murray says.

“It’s [when it is] starting to get dark so straight away the time frame is critical. If that person is left exposed or injured at any time during the winter, hypothermia is a big issue.”

Drones do not have to navigate terrain, look out for their own safety or struggle to see through dying light. They move quickly, so DroneSAR’s technology could be the difference between life and death.

“Yes of course [it is],” confirms Murray, although he is as quick as the tech start-up team to qualify its potential by saying it must go hand-in-hand with experienced teams.

One scenario reconstructed by the team was a search for a man who had gone fishing in a mountain lake and failed to return home the next morning. The team plotted several potential rescue scenarios and headed out into the familiar terrain. It took them just two hours. With the drone, it took 40 minutes.

“It just really depends on the scenario,” says Murray. “It has to work in tandem with what we do on the ground.”

This too is the principle of DroneSAR. One of the company’s founders, Oisin McGrath, says the technology is designed to augment rescue work, not to replace it.

“This is purely another member of the team. It’s not going to solve all of their problems but it most definitely will strengthen their team and their capability,” he said.

But its potential is obvious: as well as direct flight paths, the drones relay data and live images to its operators and rescue workers, as well as to anyone who logs remotely into the system.

The software allows teams to plot a mapped course which the drone will automatically search. It has thermal imaging capability to spot people in the dark and the developers are now working on applying night vision. Drones could also be used to deliver mobile phones to stranded casualties.

DroneSAR expects its programme to roll out globally following its launch at this week’s Drone Data X Conference in Dublin.

Damien Doyle, managing director of CopterShop Ireland which is hosting an emergency services workshop on the EENA /DJI project later this week, said the appeal of drones to the sector is increasing.

Crucially, he says, they have the ability to take rescue workers out of danger.

“A drone is a lot cheaper than someone’s life. We are trying to get more people in the search-and-rescue industry to see how drones can be beneficial.”