23 people, including five children, have been killed in farm accidents so far this year 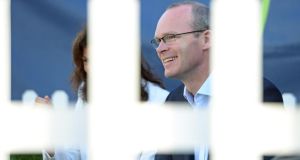 The latest death of a child in a farm accident brings to five the number of children killed in farm-related accidents this year. Some 23 people have died in farm accidents so far in 2014.

This time last year, just 10 had died, and 16 died in the full year. Yesterday’s tragedy follows the death of a woman in Kilrooskey Co Roscommon last week after cattle became spooked by cats and charged at her.

It is ironic that the recent spate of farm deaths comes at at time when there has never been a greater focus on farm safety. Just last week, Embrace Farm, a support group for people affected by farm deaths, introduced the first in a series of videos in its “What’s Left Behind” campaign. The video shows the fall-out following the death of Offaly hurling U-21 manager Dermot Hogan this summer. In moving testimonials, his family, friends, and colleagues at ABP tell how they were affected after he fell through Perspex on a shed roof at the family farm in July.

After watching the video, Minister for Agriculture Simon Coveney urged farm families to take the message on board and think about the dangers around their farms. Teagasc, the Health and Safety Authority and farm groups are all on message when it comes to farm safety.

The Irish Farmers’ Association held the first National Farm Safety Awareness Day with the Health and Safety Authority in July and Embrace Farm held its first remembrance service for victims of farm accidents, earlier this summer.

Brian Rohan, who set up Embrace Farm following the death of his father Liam in a farm accident, has expressed concern that the number of farm deaths will rise as farming becomes more intensive. He says the ending of milk quotas next Spring means that many dairy farmers will increase their herd size. “That’s going to mean more animals, more silage to be harvested, more machinery on farms and generally more activity.”

At a recent conference on farm safety, the Health and Safety Authority chief executive Martin O’Halloran said the idea of zero tolerance of children in parts of the farm should be explored. Fostering a child’s interest in farming while making sure they are not exposed to risk is the daily balancing act faced by farm families.

The Irish Cattle and Sheep Association’s president Patrick Kent has again called for health and safety education to be included in the primary school curriculum, with a particular emphasis on farm safety for children in rural areas.

He says no child should leave primary school without an awareness of farm safety. His association made this call earlier this summer, but following this latest death he is now seeking a meeting with Minister for Education Jan O’Sullivan “as a matter of urgency”.

On average, 18 people are killed in farm-related accidents every year, with machinery and tractors accounting for more than half of all deaths. Research by Dr David Meredith of Teagasc’s Rural Economy Research Centre has found that the number of fatalities falls after a particularly bad year for farm deaths.

He says this could be explained by the media focus on the accidents, or because people take fewer risks when they hear about a farmer in the locality being killed in an accident. Whatever the reason, it shows that people can change their behaviour. How to change that behaviour permanently is the challenge facing the Health and Safety Authority and wider farming community.