Critical talks loom if dispute in schools to be avoided 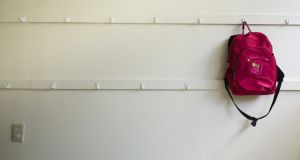 The next few weeks will be critical if potentially serious industrial action by teachers and the closure of schools next autumn is to be avoided.

Talks between the Department of Education and teacher representatives are expected to take place, but the time available is short and the absence of a government is not helping the prospects of a securing a deal. There is a deadline of early summer set out in legislation.

The main backdrop to the potential industrial conflict in schools is that two teaching unions, the ASTI and the TUI, rejected the new Lansdowne Road agreement on public service pay.

Teachers have clung on to the protections set out in the previous Haddington Road accord. However, this expires at the end of June.

The ASTI conference yesterday voted in favour of balloting for strike action if the pay gap between recently-recruited teachers and more established colleagues is not closed. It will decide its position on controversial 33 additional working hours which teachers are obliged to carry out annually at a conference session today. However, industrial action is not inevitable.

The teaching unions have a number of considerable grievances such as low pay for new entrants, underfunding, understaffing, excessive workload, casualisation and income poverty and appropriate terms of employment.

TUI general secretary John MacGabhann said yesterday the union had already commenced talks with the Department of Education on these issues, and this process would intensify in the weeks ahead. He said if real progress was made, the results would be put to members in a ballot.

If there was no deal members would have to vote on steps to take if the Government moved against increments or supervision and substitution payments.

Any new deal with teachers will cost money, and will be closely watched by other public service groups.

The reduced pay for new entrant teachers largely stems from the abolition of qualification allowances in 2012. However, if these are restored for teachers, gardaí will seek the reintroduction of rent allowances, while doctors will look for accommodation allowances to be put back in place.

Any changes to the additional hours per year that teachers have to work would inevitably lead to nurses seeking similar concessions.