Cost of replacing lead pipes could be as much as €4,000

Irish Water has started writing to 28,000 homes as part of national campaign 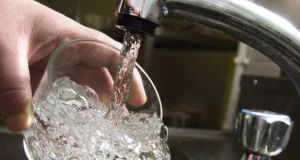 The cost of replacing water pipes could be as little as €600 or as much as €4,000 depending on how difficult the job is.

The cost of replacing lead piping in a family home could cost as much as €4,000, according to plumbers.

Irish Water has said there will be a national campaign to get all households to check for lead pipes in their homes and it has begun writing to up to 28,000 households .

The price replacing pipes depends on a number of factors, such as the size and age of the property and the type of flooring that is in place.

The Irish Times contacted several plumbers looking for a quote for a three-bed semi in Raheny.

Stillorgan Gas Heating and Plumbing said that if a homeowner was “very lucky” and the house was “perfectly set up you might get away for as little as €600”.

However, few homeowners would be so lucky and the same company said that a yardstick price for most family homes of that size would be around €1,500 rising to about €4,000 if the replacement job was particularly complex.

“You could be talking €800 to a grand,” said Tony Martin of Citywide Heating & Plumbing.

He said some replacement jobs would be “easy and some are going to be hard. A lot of people have concrete drives and that would be dearer. I’d be allowing two days for two fellas on average.”

The good news for most homeowners is that entire water piping system will not need to be replaced only the section which runs from the on-street stopcock to the internal one.

“Typically if we see an old lead mains pipe we could leave it there and run a new one alongside it and if someone has concrete floors then the thing to do would be to would be dig a little hole and get the new mains pipe running up behind the skirting boards and you leave the old lead one dead in the ground.”

If you own a house in Georgian Dublin it could have lead piping throughout and sorting that out would cost a lot of money, but the good news is that the vast majority have had their internal systems replaced a long time ago.