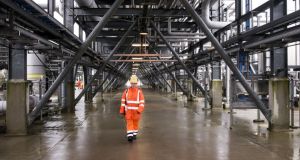 Corrib Gas is the single most expensive energy infrastructure project in Ireland and the largest since the Ardnacrusha hydroelectric scheme on the Shannon in the 1920s. 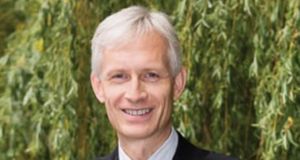 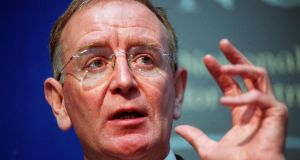 The huge cost overrun on Corrib gas, the single most expensive energy infrastructure project in Ireland and the largest since the Ardnacrusha hydroelectric scheme on the Shannon in the 1920s, will deprive the Government of an estimated €600 million in tax revenue.

The €600 million represents 25 per cent of the project’s likely cost overrun of €2.4 billion, much of which was incurred because of changes made to the project since it began.

Had this additional €2.4 billion not been spent on development costs, an extra €600 million would have been paid to the exchequer as tax on profit, which for exploration companies is levied at 25 per cent. However, like all companies, Shell Exploration and Production Ireland, which is a partner with Statoil of Norway and Vermilion Energy of Canada, can write off capital development costs against taxation.

Separate to the €600 million lost tax, it has also cost the State more than €20 million up to June 2014 to police the protests against the project – €16.4 million on Garda overtime and €3.9 million on normal payroll costs.

The €2.4 billion cost overrun is largely as a consequence of opposition to the project, which was stimulated in part by poor management of it at its outset.

Poor handling of the project

“We underestimated the level of community concern and unrest,” Crothers said in the interview.

“Inadequate engagement led to decisions that, in hindsight, were too legalistic in approach rather than really understanding what the concerns were, and in spending some extra time working those through.

“What we ended up doing to rebuild relations and trust was what we should have done in the first place – that was having local community people engaged as liaisons, working at the very start of the project to understand what the concerns were, rather than be driven by a project schedule, which is what essentially happened.”

Crothers said that while Shell had permits to bring the gas on shore and build a terminal, “We didn’t have what we might have called social licence”. The company focused too much on “legality and not [enough on] legitimacy”.

The company had learned lessons from this, he said, and now focused as much on what he called “social seismic” as on actual seismic surveying to find oil and gas. But he felt Ireland too had lessons to learn from the Corrib project if the sort of conflicts and chronic delays that attended it were to be avoided in the future.

“In other countries that I’ve been to,” he said, “there’s a process where there’s a mediation required, rather than going to court. You are required to come together and sit with the planning body, or the regulator, table your concerns and actually come up with solutions in a mediated process. It’s actually time bound and it’s a public process.”

Crothers’s comments about the planning and development process are echoed by Peter Cassells, former general secretary of the Irish Congress of Trade Unions. Cassells now works at the Edward M Kennedy Institute in Maynooth University, where he specialises in conflict resolution.

In 2005 he was appointed an independent mediator after the jailing of the Rossport Five, the protesters jailed for contempt of court.

Stemming from that, Shell set up three channels through which funds were given to the community. They were a local grants programme, a third-level scholarships programme and the Erris Development Fund and they have been administered by an independent board comprised of local people.

Under the latter, Mayo County Council and the company, at the request of villagers, put in lighting and footpaths in Pullathomas. Development fund support has gone to Erris Tourism, a local initiative; to projects such as river angling enhancement schemes, in partnership with Inland Fisheries Ireland; and to parish outreach groups.

More than 80 school-leavers have received annual third-level grants. Many local young people also benefited from paid internships by working for Shell during their holidays.

Thirty-one-year-old Reynagh Keane from Erris, a DIT graduate in environmental health, worked on several internships and is now employed full-time by Shell as an operations technician trainee, one of the 175 jobs which Shell says will be in Erris for the life of the Corrib gas field, estimated at 20 years.

Keane has just got engaged and what her job means to her, she says, is security. “I can settle down now and build [a house],” she says.

Bridie Conway, a former housing officer with Sligo County Council and expert in development funding for disadvantaged areas who is community liaison officer with Shell since 2009, says the rule of thumb for her team was to ensure “maximum benefits to the community and at the same time minimise the construction impacts of the project on local residents”.

In an interview for this series, Cassells said a lesson from the Corrib saga should be the need to avoid another protracted row through, at least in part, a system of compulsory mediation.

“Mediation, on a statutory basis, needs to be built into the [planning and development] process early on. For example, it is built in at the moment in the commercial courts,” he said.

However, the system had no way of accommodating them.

“When you walk into the room for any planning hearing, including in the case of Corrib, you have the signs which told you the applicant, objectors and then the technical people. So if I wanted to go in and express some concerns, I actually had to sit with the objectors. So immediately the whole thing is set up in that particular way.”

“Developers, who can get pre-planning advice from local authority officials, should be made also to talk to local communities,” he said.

“It should also be part of pre-planning that those who wish to do something have to consider what is the community gain from their project. Sponsoring a few things is fine but development will also have a serious impact on an area, some of it good, some not so good. So there needs to be consideration given to how does this proposal fit into the overall plan for the area?”

As he left Erris, Crothers reflected on what lessons might be learned from the Corrib saga. “Speaking from experience,” he said, “getting it right up front beats trying to recover later.”

Getting it right may be elusive, however. Cassells commented: “The one thing that certainly struck me in terms of Corrib is . . . there doesn’t seem to be any way in which we’re trying to either capture, or learn, the lessons of what happened.” Series concluded