Coronavirus: Three cases of Brazil variant identified in the State for first time 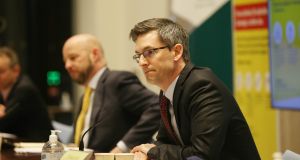 Three cases of the Brazil Covid-19 variant (P1) have been identified in the State for the first time, the National Public Health Emergency Team (Nphet) said on Friday night.

All of the cases identified are directly associated with recent travel from Brazil.

The country has been recently designated as a category 2 and arrivals are required to quarantine at home for 14 days.

Deputy chief medical officer Dr Ronan Glynn said “This P1 variant has previously been identified in a small number of European countries, including France, Germany, Italy, the Netherlands and Spain. While there is currently no microbiological or epidemiological evidence of any change in transmissibility of P1, this is plausible. Further studies are required to determine whether this variant is likely to have an impact on vaccine effectiveness or infection severity.”

The P1 variant was blamed for a huge resurgance of Covid-19 in the Brazilian city of Manaus in December and January. There was some evidence that people who had been previously infected with Covid-19 in Brazil were reinfected with the P1 variant.It is still unclear if existing vaccines can protect against the variant. Like the South African variant, the Brazilian variant has the spike protein mutations which make it more transmissible.

Dr Glynn said: “Anyone who has recently travelled from Brazil, or any of the other 19 countries recently designated by the Minister for Health as ‘Category 2’, is required by law to quarantine at home for 14 days.

“In addition any such passengers should phone any GP or GP out of hours service to arrange a free Covid -19 test - the test should be done five days after you arrived in Ireland or as soon as possible after those five days.

“Whatever the result of the test, you must complete the 14 day period of quarantine.” The Government is in the process of introducing mandatory hotel quarantine laws for those arriving from category 2 countries.

Dr Glynn said the best defence against Covid-19 remains the ones that people have been using to date. All passengers from overseas, regardless of originating country, are required by law to quarantine at home for 14 days.

Earlier a further 28 deaths of Covid-19 patients were reported Nphet . This brings to 4,109 the total number of deaths in the pandemic.

Nphet also reported 763 confirmed cases of the disease, bringing to 213,400 the total number of cases in the Republic.

A further 28 deaths of Covid-19 patients have been reported by the National Public Health Emergency Team. This brings to 4,109 the total number of deaths in the pandemic.

One of the deaths dates from January and 27 occurred in February.

Nphet also reported 763 confirmed cases of the disease, bringing to 213,400 the total number of cases in the Republic.

On Friday afternoon, 754 Covid-19 patients were hospitalised, down 17 on the previous day. This included 151 in ICU, unchanged. There were 46 additional hospitalisations in the past 24 hours.

There have been an additional 13,171 vaccines given, compared to the figures released yesterday. Th e figures released, for doses up to last Tuesday show that 293,752 doses of Covid-19 vaccine had been administered in the State, including 187,893 first doses and 105,859 second doses, according to the Department of Health.

“The past year has been very difficult for people and we still have a way to go. Incidence remains very high and we cannot drop our guard.

“But better days are in sight. People continue to respond to public health advice and act in solidarity with one another. We have a dedicated and committed health workforce and we are learning more about this disease all the time. We now have three very safe and effective vaccines being rolled out and supply should increase very substantially over the coming weeks.

A detailed plan on when people can expect to be vaccinated will be published next week alongside the Government’s revised ‘Living with Covid-19’ strategy.

Minister for Justice Helen McEntee suggested that the vaccination programme will “provide people with some element” of hope as strict Covid-19 measures remain in place. She said she thinks people will be relieved when they get a “clear picture” of where they fit into the vaccine rollout.

The Cabinet Sub-Committee on Covid-19 met last night and discussed plans to open schools on a phased basis from early March but to leave the current Level 5 restrictions in place.

Tough restrictions are expected to remain in force until early May.

Ms McEntee has said no dates have been decided as yet and the plans still have to be approved by the Cabinet.

Speaking on Galway Bay FM on Friday she said the sub-committee heard presentations from the National Public Health Emergency Team (Nphet) and the HSE that outlined their view that Covid-19 cases are still too high with concern over the highly transmissible variant that was first identified in the UK.

She said the Government will have to be very careful about reopening society as a result.

“The focus from March really is to get children back to school and to do that in that careful phased way,” she said, adding that this increased mobility will be reviewed in terms of how it impacts on case numbers.

She said decisions would then be made about any further easing of restrictions. She acknowledged businesses are suffering and there are thousands of people who are finding the tight restrictions “extremely difficult.”

Ms McEntee suggested there was hope in the vaccinations programme saying the target for this week is for 81,000 doses to be administered with a further 110,000 to be given next week.

She said 1.2 million doses are to be delivered by the end of March and those numbers will continue in April and May. Ms McEntee said: “Next week... with our plan as to what is happening next we will be publishing a more detailed plan of exactly when people can look to see when they are getting their vaccine.”