Concern in Brussels shifts to France and Italy 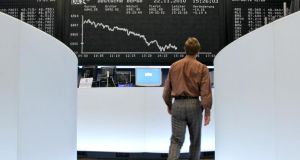 A trader passes the Dax index curve at the Frankfurt Stock Exchange on Monday, November 22nd, 2010 after Ireland’s bailout failed to assuage concern that the region’s debt crisis may spread.

On November 14th Michael Noonan arrived at the Justus Lipsius building in Brussels to face a crowd of journalists. A few hours previously, an emergency Cabinet meeting in Dublin signed off on an exit strategy for Ireland as it approached the end of its three-year European Commission-IMF-ECB rescue programme. Three years after Ireland succumbed to the pressure of rising government bond yields and a broken banking system, we were once more the centre of international media attention.

This time the narrative was very different. Ireland’s successful exit from the bailout – the first euro zone country to do so – was characterised as a success story and a vindication of euro zone policy makers’ strategy of strict fiscal consolidation. But how much has Ireland’s relationship with Europe changed over the last three years?

Undoubtedly, Ireland’s ignominious fall into economic dependency on IMF and European lenders, damaged its reputation internationally. With its formal entry into an EU-IMF programme Ireland automatically joined a sub-set of euro zone countries, referred to euphemistically by the European Commission as “programme countries”, known to other as “PIIGS”, an acronym that also included Portugal, Greece, Spain, and, by times, Italy.

Ireland was automatically excluded from most of the European Union’s standard fiscal and economic policies under the European semester programme, such as the six-pack and two-pack rules, instead proffering its economic plans for scrutiny each quarter to the troika. As well as exclusion from mainstream euro zone policy for the last three years, disparaging references to Ireland’s banking collapse were frequent. Even the last few months has seen frequent allusions to Ireland’s past recklessness during debates about the European Central Bank’s upcoming role as supervisor for the euro zone’s banks, with supporters pointing out that one of the reasons for the Irish financial collapse was that it was in national supervisors’ interest to downplay problems in the banking system.

Profound implications
That one of the European Union’s smallest countries was home to one of the biggest banking collapses in history damaged Ireland’s legitimacy on economic matters, something that could have profound implications for a range of matters, from Ireland’s entitlement to a low corporate tax rate to further debt relief for its banks through ESM retrospective direct recapitalisation.

Nonetheless, there have been signs that Ireland has repaired some of the reputational damage incurred by the bailout. One of the most significant changes over the last three years has been a gradual divergence between the bond yield trajectory of Irish debt and other peripheral countries.

Trouble ahead? Potential weak points in the euro zone 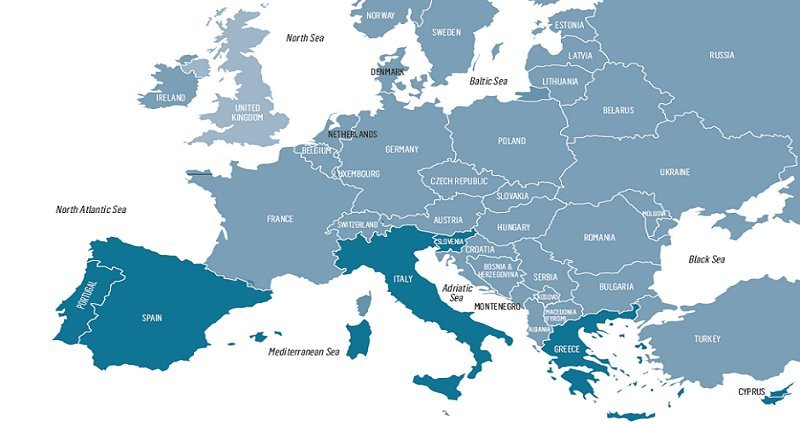 The fact that investors are distinguishing between Ireland and other bailout countries is a mark of confidence in the relative strength of the Irish economy, despite the continuing high debt-to-GDP ratio and unemployment levels. Ireland’s re-entry into the private markets, through which it has accumulated more than €20 billion in advance funding for the State, has also been a distinguishing factor. Portugal, which issued 10-year bonds in May, has engaged in less frequent bond issuance while Greece has not issued any primary bonds since 2010, despite signs of private investors buying into corporate Greek debt.

As the euro zone enters a less acute phase, concern is now focusing to the euro zone’s larger economies like France and Italy, which have been slow to implement fiscal reforms. Ironically, there is a growing perception across Europe that while countries in bailout programmes were forced to implement tough economic changes as a condition of accessing financial aid, the real worry now concerns some of the larger euro zone countries which have not been forced to address their economic issues through a structured bailout programme.

While Ireland’s adherence to the terms of the bailout has pleased financial markets, Ireland’s standing has also improved through other ways.

The Irish presidency of the Council of the European Union was a key test of Ireland’s standing in Europe. Ireland’s management of the affairs of the European Union Council between January and June this year was closely watched. Its success in progressing key pieces of EU legislation and brokering agreement between member states on contentious issues from banking union to agricultural reform is undisputed and has been widely acknowledged by officials and key decision-makers in Brussels and Strasbourg.

Unique opportunity
While most of the hard work was undertaken by officials – both representatives of the Department of Foreign Affairs in Brussels, and seconded staff from various government departments – the presidency offered a unique opportunity for Ireland to showcase its strengths and regain control of the national narrative.

It also gave a huge platform to political leaders, most notably Taoiseach Enda Kenny, Tánaiste Eamon Gilmore and then minister for European affairs Lucinda Creighton. Their strong links with senior members of the two main European political groupings, the centre-right European People’s Party (EPP) and Socialists and Democrats (S&D), offered a distinct advantage, something that the previous government lacked (Fianna Fáil is a member of the much smaller liberal group, ALDE)

Kenny has emerged as a serious candidate for the head of the European Commission or European Council following European elections next year. While at the beginning of this year, Ireland’s status as a bailout country effectively ruled out Ireland as a candidate for a senior European Union post, almost a year later this this sentiment has changed radically, as Ireland becomes the first euro zone country to successfully exit a bailout.

However, while Ireland’s reputation may have recovered somewhat, a number of factors remain open. Firstly, it is vital that Ireland’s return to full-market funding goes smoothly. Ireland’s decision to exit the bailout without a precautionary credit line has raised eyebrows in some quarters, particularly amid concern that the country will not be eligible for the ECB’s bond-buying programme, OMT. Minister for Finance Michael Noonan has said that Ireland’s eligibility has not been affected, putting him at odds with ECB executive board member Jörg Asmussen. Arguably though, the procedural issues that would have been involved in seeking a precautionary credit line, including a debate in the German parliament, could have undermined the Irish recovery story, while delaying a clean exit risked Ireland becoming embroiled with Portugal’s bailout strategy when its programme ends in the middle of next year.

The real test of the improvement in Ireland’s reputation, however, will be its success in achieving further debt relief for its banks. Despite a specific reference to Ireland in the conclusions of the European Council in June 2012, Ireland’s bid to get debt relief on AIB and Bank of Ireland through the euro zone fund, the European Stability Mechanism (ESM), is meeting staunch resistance from countries, including Germany, Finland and the Netherlands.

Prevented contagion
Ireland has consistently argued that its move to step in and save the banks protected not only investors in other European countries, but also prevented contagion in the wider euro zone area. In addition, the new rules on bank resolution currently under discussion which includes a writedown of creditors before the State is tapped, were not available at the time of the Irish bailout. However, despite a written commitment last June by the euro group of euro zone finance ministers that it would “retroactively” direct recapitalisation of banks on a “case-by-case” basis, there is widespread resistance to this in Germany.

Ireland is now faced with the situation that its perceived success in implementing the programme lessens its case for further debt relief. Despite the perception in Ireland that it features high on the agenda of German decision-makers, the reality is that Germany is not overly concerned about Ireland. It has bigger fish to fry.

“Ireland is not a big concern for Berlin, there’s a belief that Ireland has sorted out its problems and is on the road to recovery,” says one senior German official. “The concern is really with countries such as France, who have not confronted their economic challenges.”

Nonetheless, Irish officials point out that previous concessions to Ireland, such as the promissory note arrangement and the extension of bailout loan maturities, were ultimately achieved despite signs of strong opposition. With a final decision on ESM direct recapitalisation for Ireland still a year away – the ESM direct recapitalisation instrument will not be available until the single supervisory mechanism is up and running, probably by the end of next year – Ireland will be hoping that the recovery of its reputation will be enough to secure further recognition of the sacrifices it made during the bailout and guarantee further debt relief for the country.