End of milk quotas has led to unprecedented investment surge, but problems remain

Milk quotas are to be abolished from April for the first time since 1984. We spoke to people in the Aurivo plant in Ballaghaderreen, Co Roscommon for their thoughts and how it may affect the community. 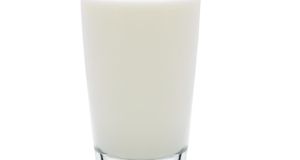 The State’s dairy industry faces a once-off opportunity following the end of the milk quota system, but volatility within the sector remains a concern. File photograph: Getty Images/iStockphoto

The dairy industry is facing into a once-off opportunity, with the shackles imposed by the milk quota system, in place since 1984, being removed and milk output finally free to increase from its current level of about 5.5 million litres a year. This has led to an unprecedented investment surge at farm and industry level, with farmers and processors both gearing up to increase production significantly.

However, the fall in milk prices from their 2013 peak shows that volatility remains a key concern, and this could increase as quotas end. Leading voices such as Kerry Group chief executive Stan McCarthy, while taking an optimistic view of the potential of the sector, have warned against the danger of over-investment. Those financing the expansion plans, as well as those undertaking them, are confident that the sums can add up, given the relative efficiency of the dairy sector here. But financing the big dairy expansion is not a one-way bet.

Major investment is either under way or in place. The numbers are large. A recent survey by Teagasc and Bank of Ireland estimated that a total of €1.94 billion had been invested in the dairy sector between 2007 and 2013 and that a further sum of close to €1.5 billion could be needed up to 2020.

This has been matched by investment on the processing side. Enterprise Ireland, the State agency that supports the sector, has committed some €100 million to about 20 projects in dairying, technology and related sectors since late 2012, which should leverage total investment of more than €750 million.

“Dairy provides the single biggest potential opportunity for Ireland and the key to delivering on it is value-added production,” says Rosemary Sexton, Enterprise Ireland’s department manager for dairy, beverages and food technology. All the major dairy processors have invested significantly in new capacity and some are investing heavily in added-value production and research.

A vital component of dairy investment is job creation. Enterprise Ireland reckons the new investments in the sector will create 1,800 jobs directly and 4,500 in the wider economy. Through linkages via farmers and other supplies directly back to the domestic economy, the multiplier through the economy from investment in this sector is large. The new Glanbia plant will, it is estimated, create about €400 million in economic benefits each year to 16 surrounding counties.

It is impossible to know how much of this investment in farm or processing capacity is directly tied to the ending of quotas. (For example, farm investment in replacing outdated machinery with new stock takes place in the normal course of business.) However, dairy farm investment has clearly accelerated significantly, driven by the prospect of quota abolition and by the rise in milk prices, which peaked in 2013.

A survey by AIB and the Irish Farmers’ Association (IFA) showed that two-thirds of farmers had invested in or developed their business in the three years to 2013. It also showed an expectation by close to half of farmers that further investment driven by quota abolition would be made, with recent Teagasc research suggesting the figure could be as high as 60 per cent.

Normally farmers fund such investment from a mixture of cash flow, retained profits and bank debt, with the latter accounting for about two-thirds of financing of significant investment projects, according to the AIB/IFA survey. AIB, Bank of Ireland and Ulster Bank all have significant lending operations aimed at the sector, which have been ramped up in recent years.

However, there is scope for more productivity,and profit across the sector, meaning that finance is available, too, for smaller players who can demonstrate a strategy to increase farm efficiency and returns. Teagasc director Gerry Boyle has estimated that the top third of dairy farmers earn a profit of nearly €2,500 per hectare, about four times that achieved by the bottom third, meaning the less efficient have significant scope to boost their returns. Bankers lending to the sector agree that efficiency is key.

“It is a case of better before bigger,” one said, saying that size was not the only determinant of profitability.

Dairying has traditionally been a profitable operation for Irish farmers, but it has its challenges. Tight milk quotas were an issue for farmers from 2010 to 2012, and poor weather in 2012 and early 2013 mean the sector took a major hit.

Then there is the unpredictability of milk price trends and the impact this can have on cash flows and profitability. This is an issue right through the supply chain. Banks are putting in place some flexibility in their lending arrangements, allowing farmers to ride out periods of lower milk price returns, while emphasising that the normal expectation is that capital and interest repayments will both be made for the vast bulk of the loan period.

Processors are also putting in place contracts that tie farmers in for the post-quota era through milk supply agreements which will, in many cases, offer terms providing some protection from price fluctuation. Underlying this is the unknown of what prices will be like in the post-quota era, both in terms of level and volatility.

“Ireland has to avoid the heavy farm-based debt burden taken on in the Netherlands, Denmark and especially New Zealand, ” says Joe Gill, head of corporate broking at Goodbody stockbrokers. He believes Ireland should aim to double milk output in the next decade to outflank the feed- based producers, but that a twin-track strategy is needed to promote domestic production and also allow the further international expansion of the international food players with Irish headquarters. As Gill points out, these are two distinct, but linked, developments.

The development of Glanbia is a good illustration. It is now a highly successful international player in the ingredients and nutrition sector and can rely on shareholders to fund further expansion here. However, its Irish processing operations are majority-owned by farmers, through the Glanbia Co-Op, which owns 60 per cent of Glanbia Ingredients Limited. The remaining 40 per cent is owned by the plc.

So the Irish processing facilities are still in the majority control of the co-op, but Glanbia plc is now a major international food business. Part of the game is building scale in processing – Glanbia has links with eight other milk processors in the region and part of their production will go via Belview to international markets.

Financing from farm to processor level is based on the assumption that Ireland’s grass-based production system gives us a competitive advantage in serving world markets even if, particularly in the case of newer markets in Asia, we are competing with dairy giants, such as New Zealand.

At the end of the line is the consumer and if, in the post-quota world, we can supply products that people will buy, at prices they will pay, then the ambitious expansion plans can work.