Censorship board bans book for the first time since 1998 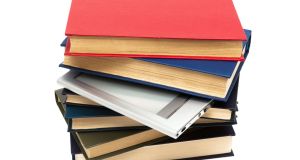 The State’s Censorship of Publications Board has banned a book for the first time in 18 years. File photograph: Getty Images

The State’s Censorship of Publications Board has banned a book for the first time in 18 years.

The book, The Raped Little Runaway, by Jean Martin. was deemed “indecent or obscene” by the board.

The decision prohibits the sale and distribution of the book in the State.

The Censorship of Publications Board voted to prohibit the book at a meeting on March 1st.

The ban came into effect on Friday, when it was published in Iris Oifigiúil, the official State gazette.

Censorship of Publications Board

The Censorship of Publications Board is an independent body that oversees all books and periodicals on sale in the State.

The last book it banned was The Base Guide to London by Base Shoes, a volume exploring “the seedy side” of the English capital, in 1998.

Other books that have been banned include The Country Girls by Edna O’Brien in 1960 and The Dark by John McGahern in 1965.