Care worker fined €500 for assault on man with autism 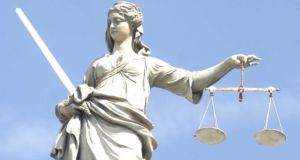 A care worker has been fined €500 after he was convicted of assaulting a man with an intellectual disability at a care institution in Cork.

David Atkinson (41), originally from Wales, had denied assaulting Joe Duane (32), who has autism, at No 5 Arderragh at the Cope Foundation, Montenotte, Cork on October 22nd 2013.

Judge McCarthy on Tuesday imposed a €500 fine on Atkinson whom the court heard was dismissed from his job as a care worker with Cope within 24 ours of his conviction.

The matter came to light after two cleaning staff reported the incident to management at Cope and they in turn notified gardaí who began an investigation.

Judge McCarthy had heard that Atkinson was one of two care staff responsible for six residents in the high dependency unit but was on duty on his own at the time.

He noted the assault happened when Atkinson went to intervene in a confrontation between Mr Duane and another resident in the high dependency unit.

“In the course of his intervention it was the view of the court that he used greater force than was necessary to end this confrontation. He had an extremely high duty of care,” he said.

Judge McCarthy noted that there was no medical evidence Mr Duane had suffered any injury from the assault which happened when Atkinson kicked him on the back while on the ground.

The fact that Atkinson had committed the assault on an extremely vulnerable person to whom he had a high duty of care was an aggravating factor when it came to the penalty, he said.

However the fact that Atkinson was on his own at the time and had an unblemished record for 13 years with Cope and the fact that he was unlikely to re-offend were mitigating factors.

“In view of the court it would be disproportionate to impose a custodial sentence. Clearly this man (Atkinson) should not have been left on his own where it was a high dependency unit,” the judge said.

“It was a minor type of assault where no injury occurred – however it would also be disproportionate to apply the Probation Act as applied for by the defence.”

Defence solicitor Annemarie Sheridan had argued on behalf of her client that he had been trying to separate Mr Duane and the other man and had used his foot to prod Mr Duane away.

“It was an emergency that required immediate intervention or one or other of the residents would have suffered serious injury,” Ms Sheridan told the court.

“He had no training from his employer as to what was the correct procedure. He made an error of judgement, he was prodding Mr Duane to get up from the ground using his foot,” she added.

“His intention was to protect both residents from each other,” said Ms Sheridan, adding that Atkinson had put his own safety “in the background” when he tried to intervene.

Ms Sheridan said that Atkinson had an unblemished record of service of over 13 years at Cope and was his supervisor’s preferred staff member to work in this difficult area.

She said complaints had been made prior to this about staffing levels at the unit and that care workers like the defendant suffered from a lack of training and a lack of support.

Mr Duane was now in a house with two carers and if management had made such changes prior the incident with her client, the incident would not have happened, she said.

Ms Sheridan said the defendant’s physical and mental health had taken a battering and that the incident had a cataclysmic effect on him for what was a one-second error of judgement.