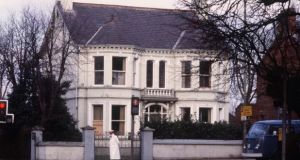 Counsel for one victim claimed new evidence of the extent of state collusion and cover-up in the Kincora scandal must now be examined by a wider Westminster inquiry.

Gary Hoy is seeking to judicially review the decision to keep the investigation within the remit of a Stormont-commissioned body.

He said: “There’s now substantial evidence that the Security Service were condoning that, they knew of it and made use of it so as to blackmail the abusers and prevent some of the abusers being brought to book at the time.”

Senior politicians, businessmen and high-level British state agents are alleged to have connived in the molestation and prostitution of vulnerable youngsters throughout the 1970s.

With MI5 accused of a cover-up to protect an intelligence-gathering operation, calls for full scrutiny have grown ever since three senior staff at Kincora were jailed in 1981 for abusing boys in their care.

It has long been suspected that well-known figures within the British establishment, including high-ranking civil servants and senior military officers, were involved.

The British government has so far refused to include Kincora within the scope of a child abuse inquiry established by Home Secretary Theresa May and headed by New Zealand judge Lowell Goddard.

Despite the House of Commons Home Affairs Committee recommending Justice Goddard’s remit be extended to cover the east Belfast home, Mrs May has said the HIA tribunal being overseen by Sir Anthony Hart is the best forum for examining the allegations.

Mr Hoy (53), has taken legal action in a bid to force a full independent inquiry with the power to compel witnesses and the security services to hand over documents.

In a sworn affidavit for his challenge he maintained that a lot more than the three convicted men were involved in the abuse and knew about it.

“I believe that many of these people had power, and included MLAs, MPs and paramilitaries,” he said.

“It makes me mad that they all could get away with it so easily. These people are hiding and protecting other people. I want to know who was involved and what they did.”

The abuse victim added: “I find the whole thing frightening, and at times am frightened that people in authority will want my mouth shut, and want it all brushed under the carpet like it had been years ago.”

He was present in court along with other victims.

Mr Justice Treacy was told they are entitled to have their ill-treatment fully examined under Article 3 of the European Convention on Human Rights.

He also told the court: “There’s new evidence that state agents have gone public and revealed there was collusion and cover-up.”

Reference was made to the Sir Desmond de Silva report into state involvement in the loyalist murder of Belfast solicitor Pat Finucane.

Although unrelated to the Kincora allegations, Mr Underwood said: “These sort of allegations, which to the untutored eye would seem very extreme, are indeed credible.”

The barrister repeatedly argued that the ongoing tribunal in Banbridge was insufficient.

“The HIA inquiry will not meet the Article 3 entitlement because of the limited powers and it’s own approach.”