British army to field a GAA team for the first time 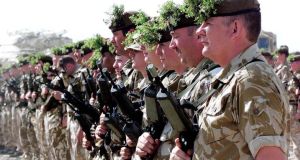 Garda Eireannach, as they call themselves, already have a kit designed by O’Neill’s. Their socks include their nickname ‘the Micks’. Archive photograph: Mark Richards/Reuters 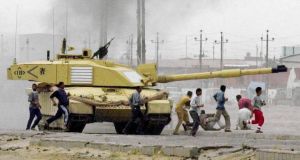 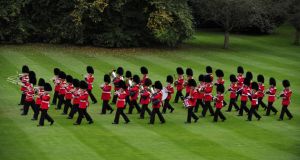 The Irish Guards has become the first British army regiment to be affiliated as a club within the GAA.

London GAA voted at its September county board meeting to allow the Irish Guards enter a junior team in the London county championships next year.

The decision was taken with the casting vote of the London county board chairman Noel Sullivan as the vote was deadlocked at one stage.

London GAA public relations officer Declan Flanagan said contemporary security issues rather than the historical legacy of the British army in Ireland were a major factor within some clubs. “The name Isis was raised. It was more the fear of what is going on in the Middle East than anything else,” he said.

The meeting was addressed by Irish Guards Sergeant Kenneth Fox from Co Waterford who has put the club together. He then left the room before the vote was taken.

The Irish Guards GAA team already has a 45 strong panel made up of Irish players, players of Irish descent and those who just want to play the sport.

The Guards requested entry into the London GAA championships because they have moved their base from Aldershot to Hounslow in west London.

Garda Eireannach, as they call themselves, already have a kit designed by O’Neill’s. Their socks include their nickname ‘the Micks’.

The Irish Guards regiment was founded in 1901 by Queen Victoria. It was not disbanded after Irish independence as many Irish regiments were and remains an active part of the British army today.

The GAA’s Rule 21, forbidding members of the Crown forces from joining the association, was abolished in 2001, but this is the first time that a British army regiment has sought to play GAA as a club.